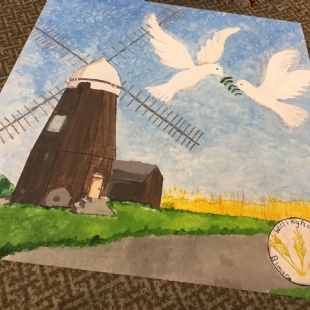 The Fen Edge villages are this year celebrating the 20th anniversary of their twinning with Avrillé in France, a town which is, in turn, twinned with Schwalbach in Germany and Ripollet in Spain. Pupils attending schools in all four areas have been invited to take part in an art exchange and asked to design and make a 1m x 1m panel on the theme of peace and friendship.

The Year 6s began by looking at the history of twinning in Europe and at traditional symbols of peace. Each child drew a representaion of peace and friendship in their sketch book. We compared our ideas and decided to incorporate a pair of doves with an olive branch and to include Cattell's Windmill, a very distinctive feature of our village.

The first task was to prime the board which we had had cut to size:

Once these were dry, they painted the doves and the buildings in more detail: 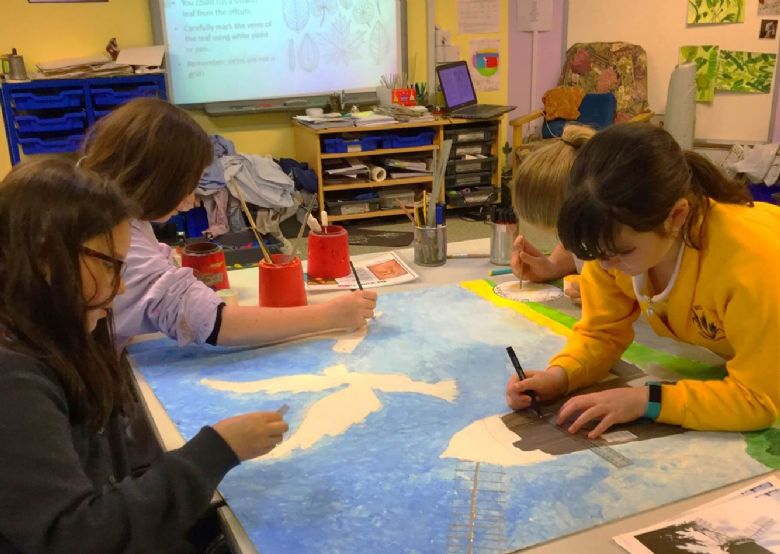 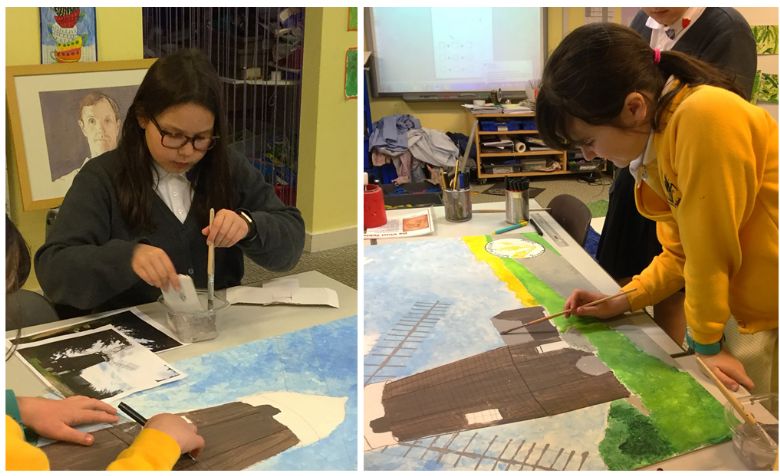 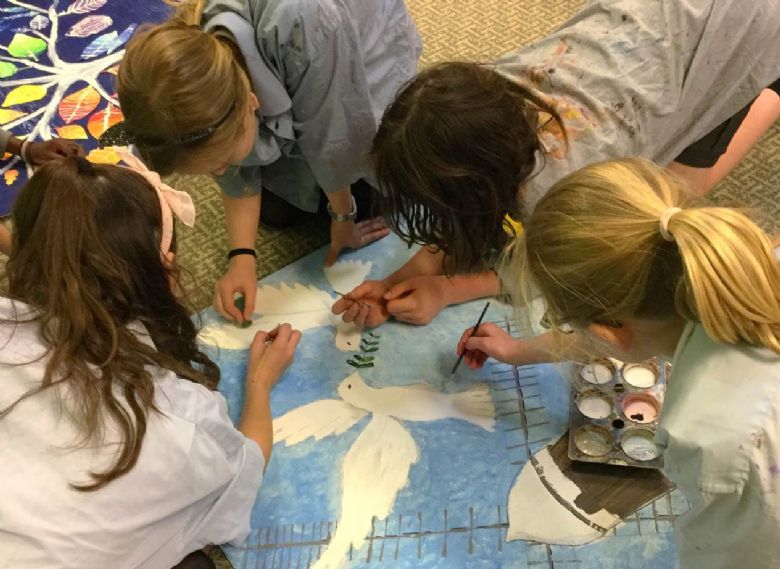 Throughout this project, I have been genuinely impressed by the children's ability to work together on a collaborative project and am very proud of what they have created. Their panel represents the friendship and understanding between communities which lies at the heart of the concept of twinning.