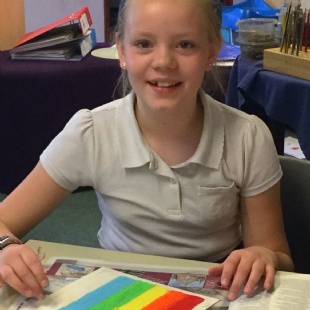 Willingham Primary School has been lucky enough to be invited to take part in the Fen Edge Festival. After discussion with local artist Steve Ferris, who had kindly agreed to lead a workshop with the Year 5s and 6s, we decided to create a collaborative piece of work made up of individual scratch board panels.

We were very excited about the project. The only slight difficulty was that the Year 6s were away in their residential trip in the week in which we needed to prepare the panels. The Year 5s accepted the challenge of doing all the preparation work, each creating a panel for themselves and another for one of the Year 6 pupils.

The first step was to decide on a colour scheme and pattern and then to cover the bases with a thick layer of oil pastel. The theme of the festival this year is Carnival so we chose light and bright colours: 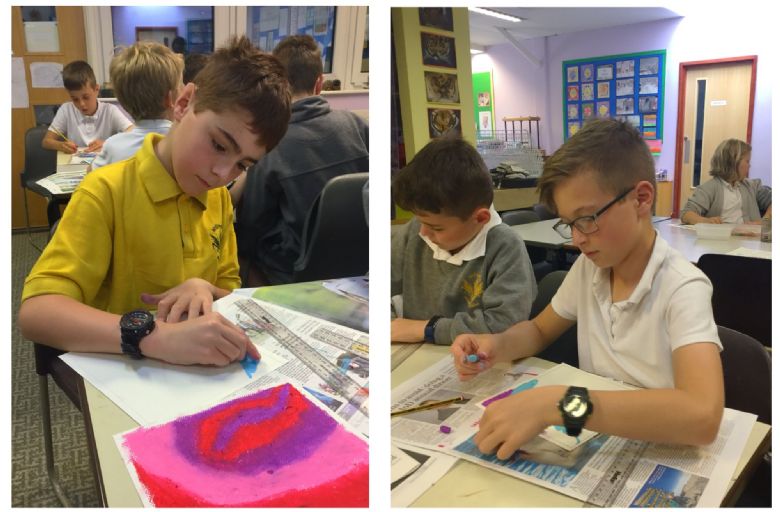 Some pupils chose an analogous colour scheme, some selected only the paler colours while others used all of the colours available. 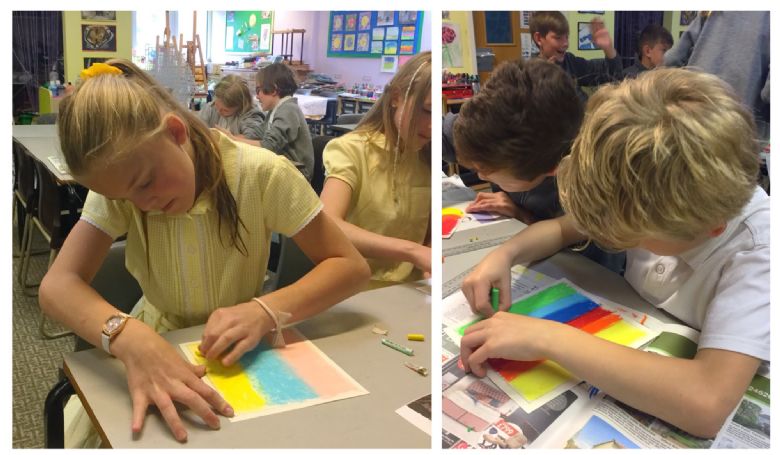 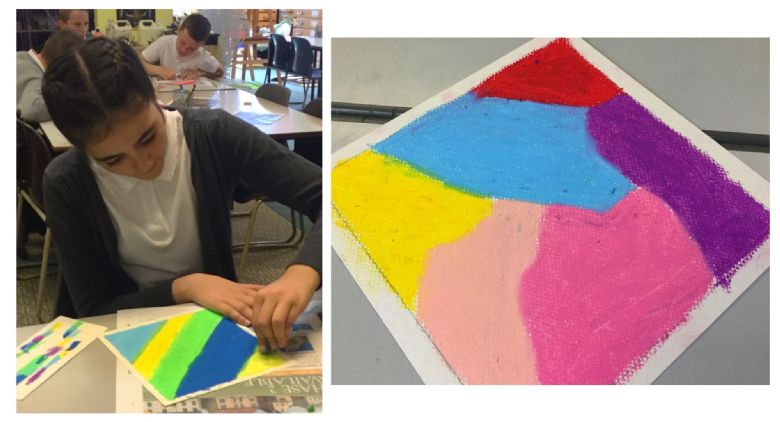 This was an excellent way of using up old oil pastels but was harder work than it looks, as the children had to endure that the oil pastel layer was dense and even. 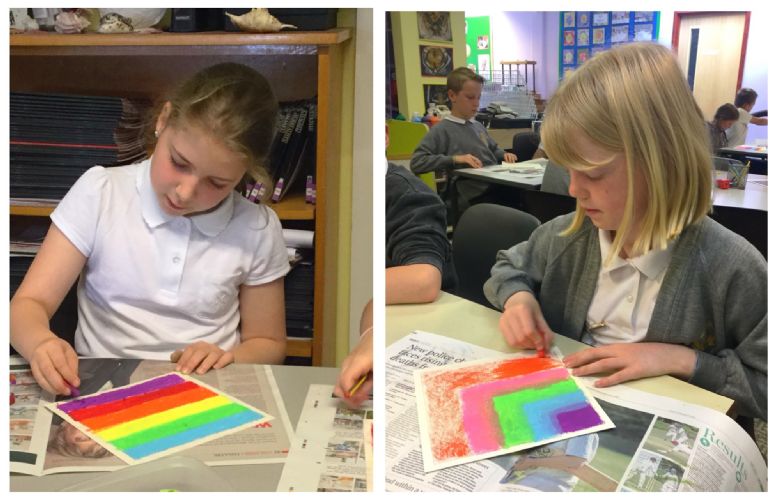 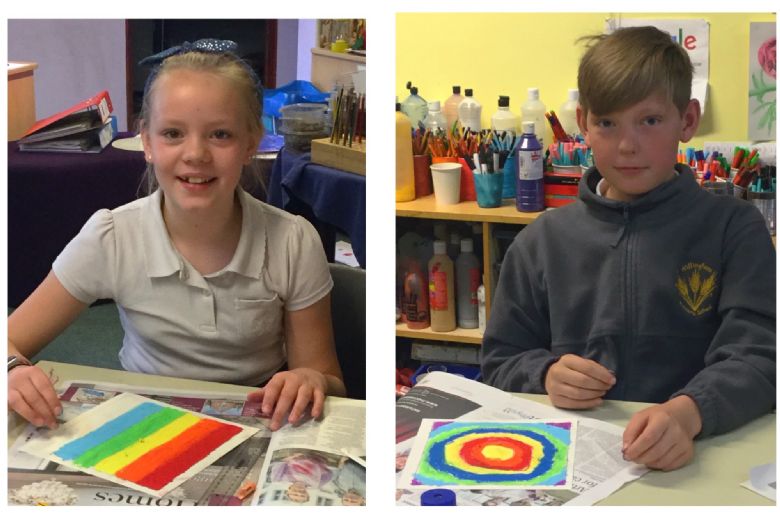 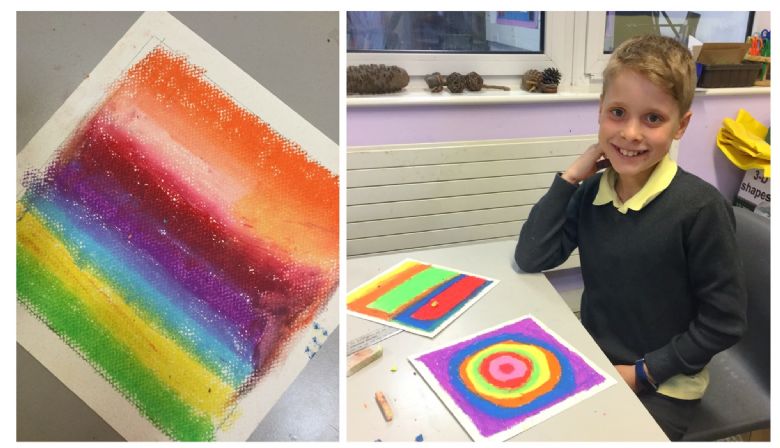 The pupils chose one of their two panels as their own and the other was put into the lottery pile for the Year 6s on their return. 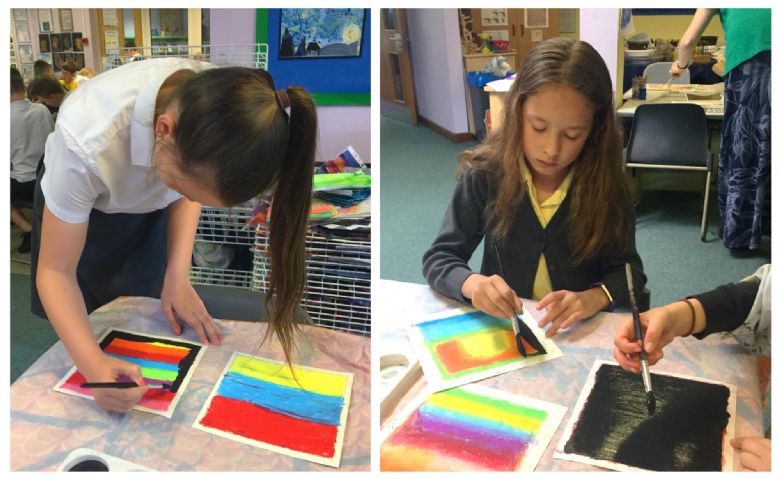 Once the oil pastel layer, was finished, we added a layer of paint and left the panels to dry, ready for next week.