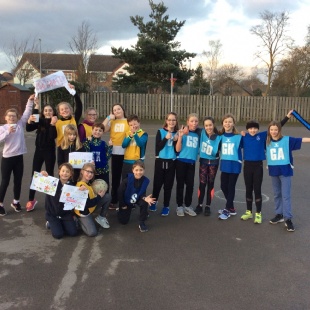 Willingham played Milton in preparation for the upcoming netball competition.

Willingham welcomed Milton to play a netball match as both schools wanted extra practice ahead of the next round of competition in March.

Willingham had 20 minutes of training before Milton arrived and everyone was in good spirits ahead of the match. 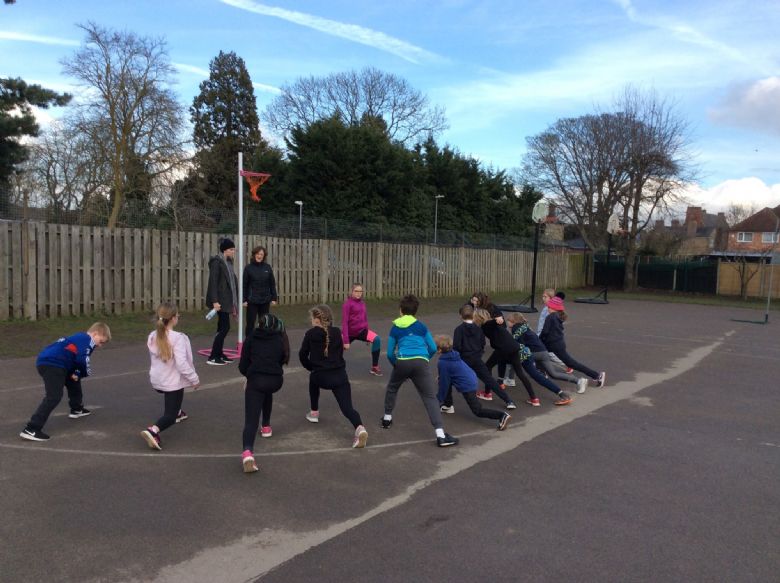 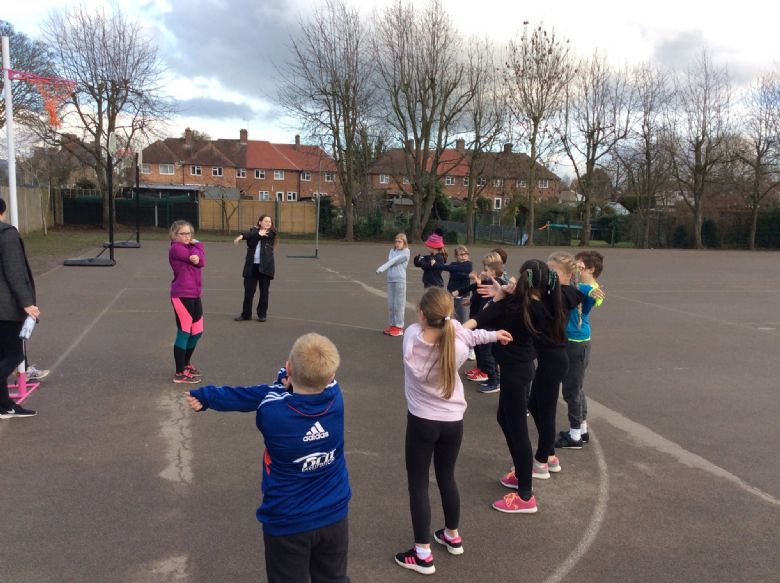 Miss Brook was in her usual 'jokey' self as the children continued their warm up.. 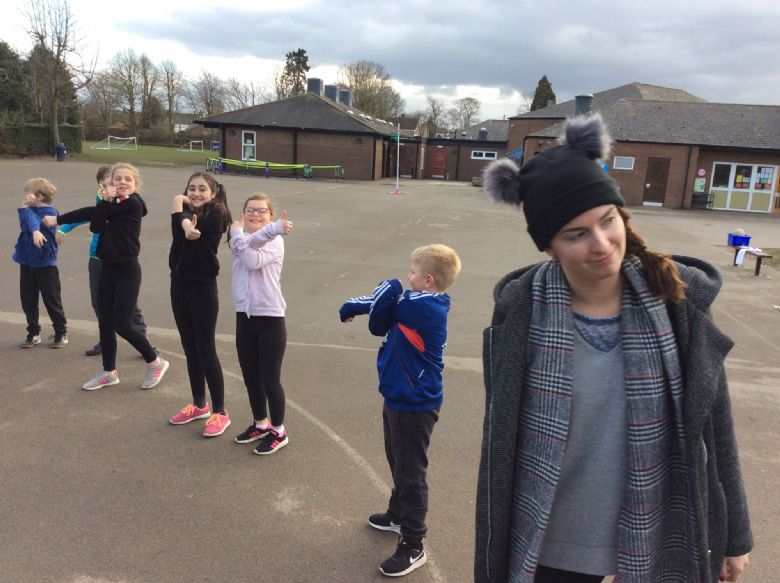 The children practised their passing in the final few minutes to make sure they were fully prepared for the start of the match. 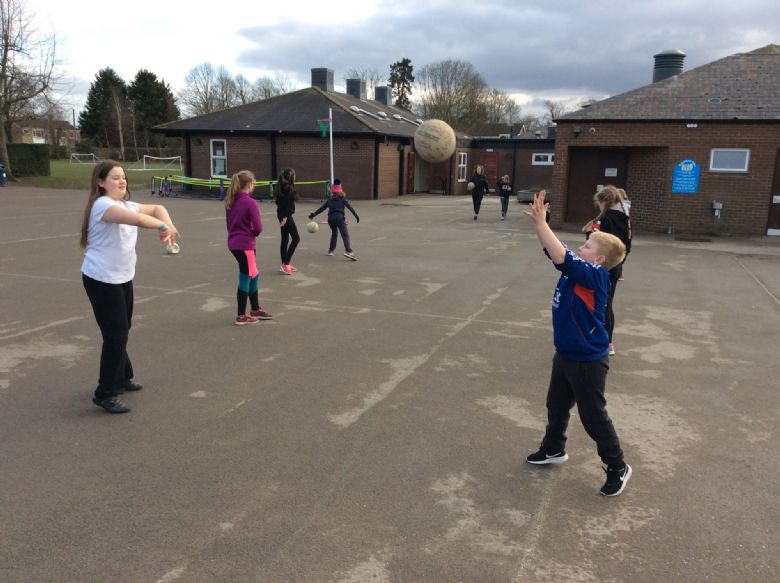 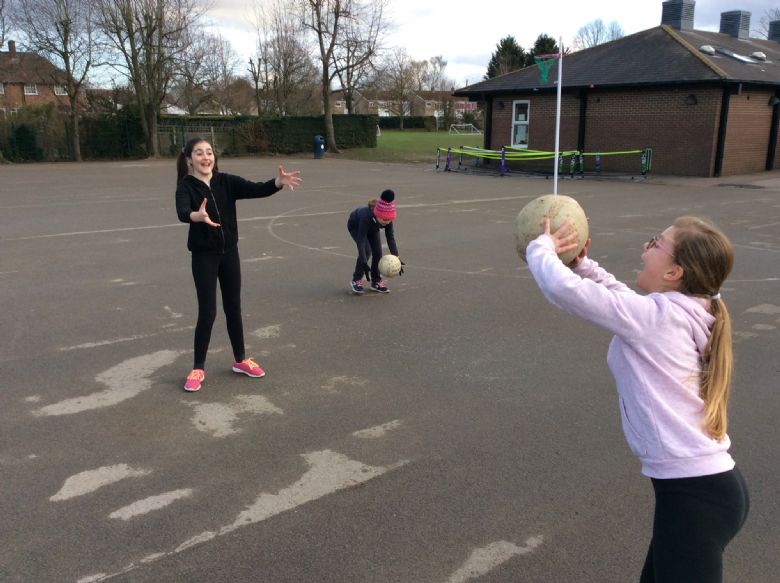 Milton arrived very excited as this was their first friendly match of the year as its a relatively new team. Miss Hawes is one of the year 6 teachers at Milton Primary School and as a keen netball player (alongside ur very own Mrs Rodgers), she has taken it upon herself to give children in her class the opportunity to learn how to play netball competitively.

Miss Hawes used to be a Willingham Primary School pupil and was very excited to come back to her old school..she even remembered some of the current staff who were there when she was a pupil..Mrs Webber, Mrs Barnes, Mrs Shimmens...to name a few!!! 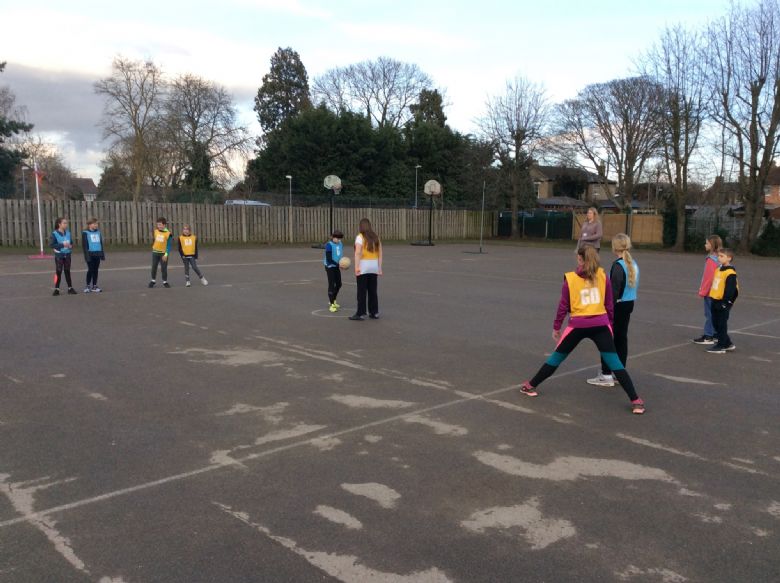 Milton got the match underway and it wasnt long before the first goal was scored. Willingham raced into an early lead through Lucas. It was a great bit of play and he finished off the early opportunity well. Milton responded brilliantly and worked the ball forward well. 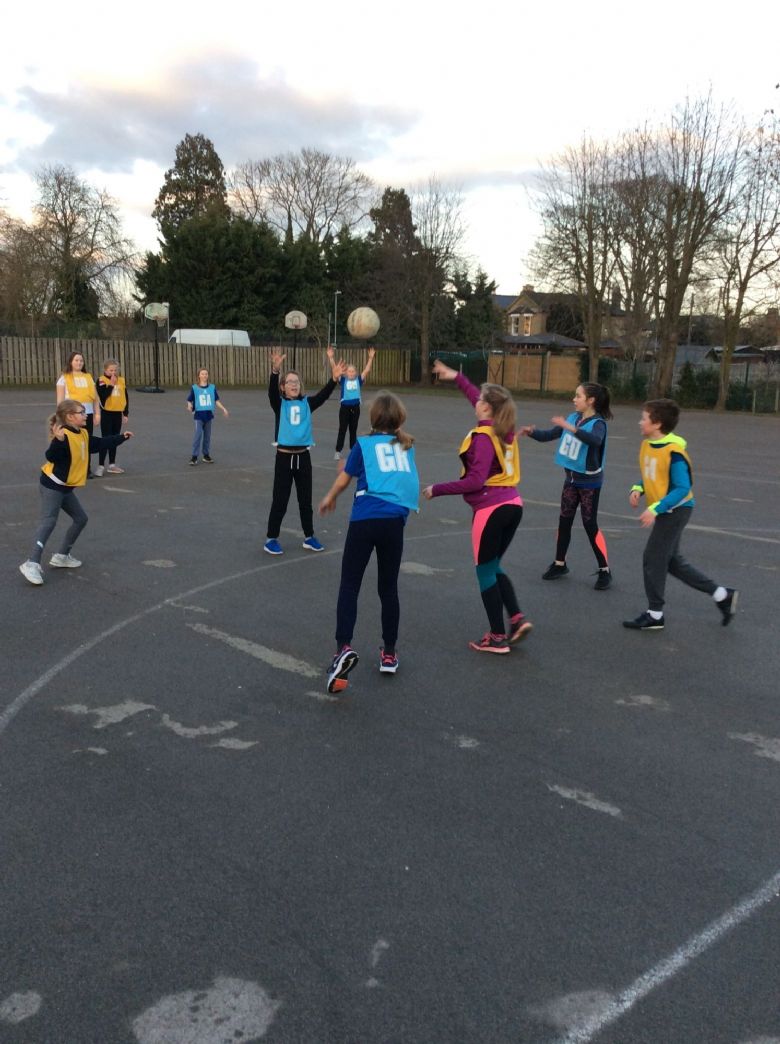 Milton were rewarded for their good teamwork with a quick-fire double to take a 2-1 lead. 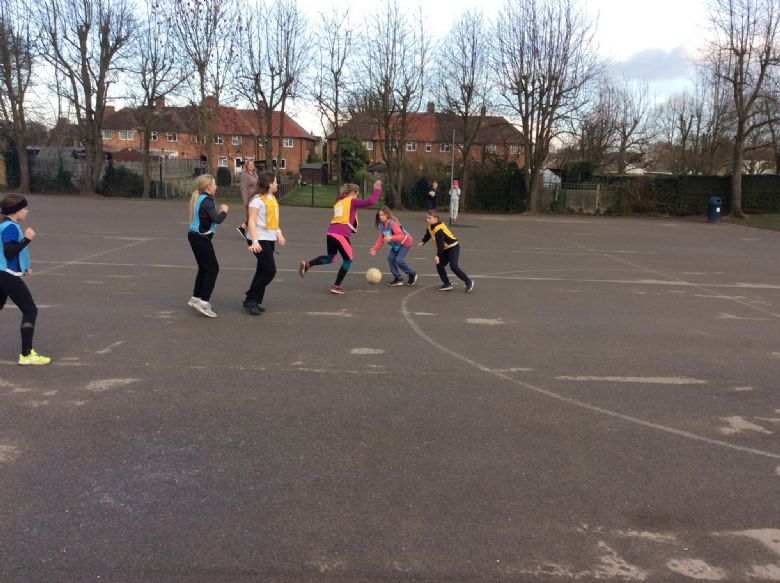 The remainder of the quarter was very close but Milton kept their 2-1 lead intact. As always, the players switched roles at each interval. 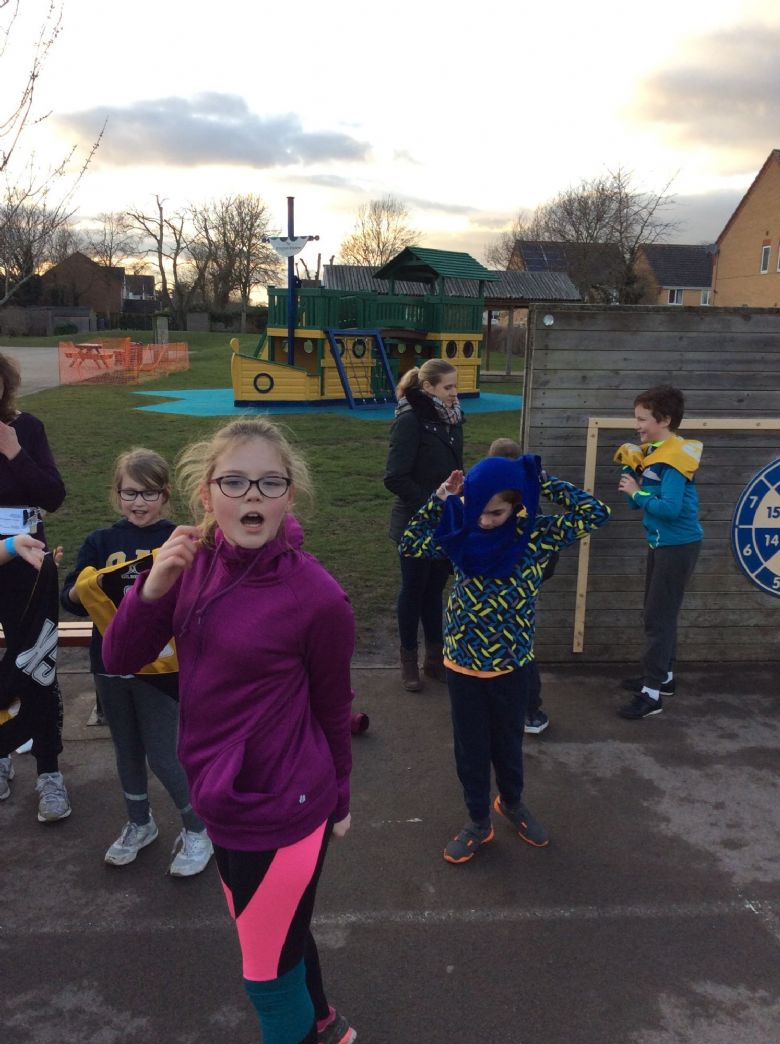 The next 7 minutes was extremely tight with only one goal scored. Willingham equalised halfway through the quarter, meaning that at the half way stage it was 2-2. 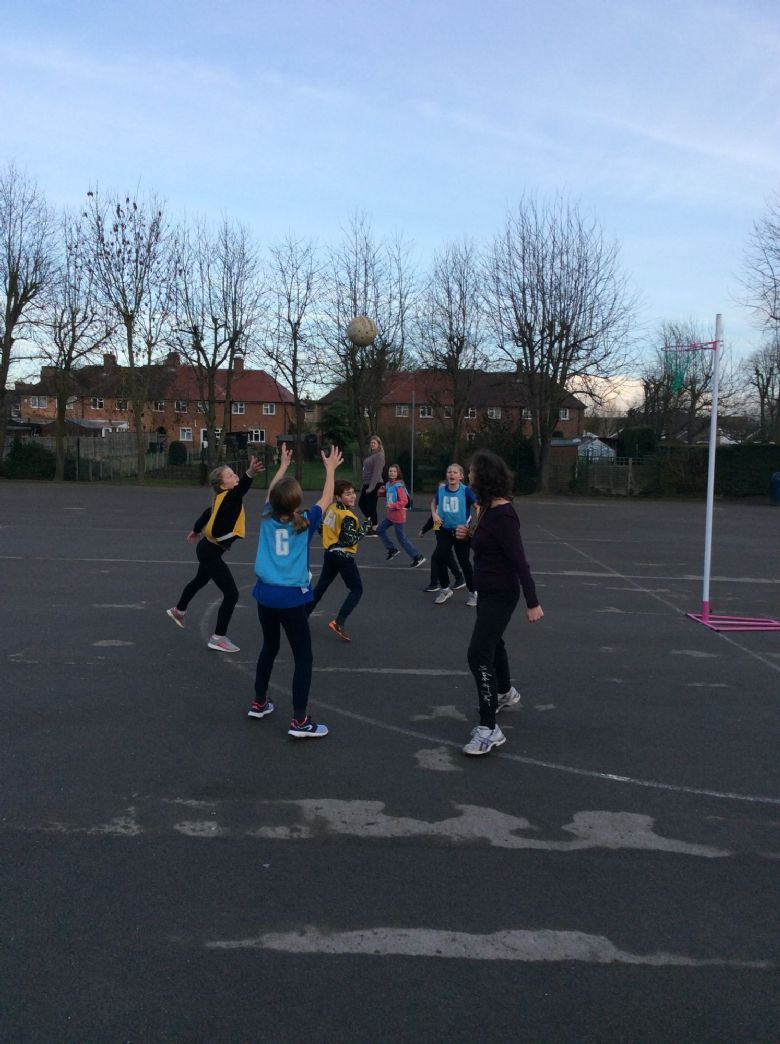 The Willingham children were obviously in a creative mood before the match as there were lots of encouraging posters/signs on display...!! 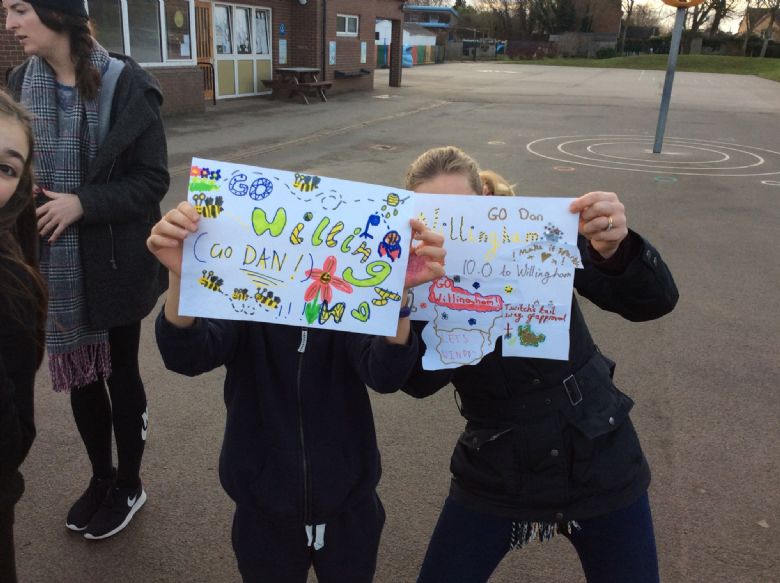 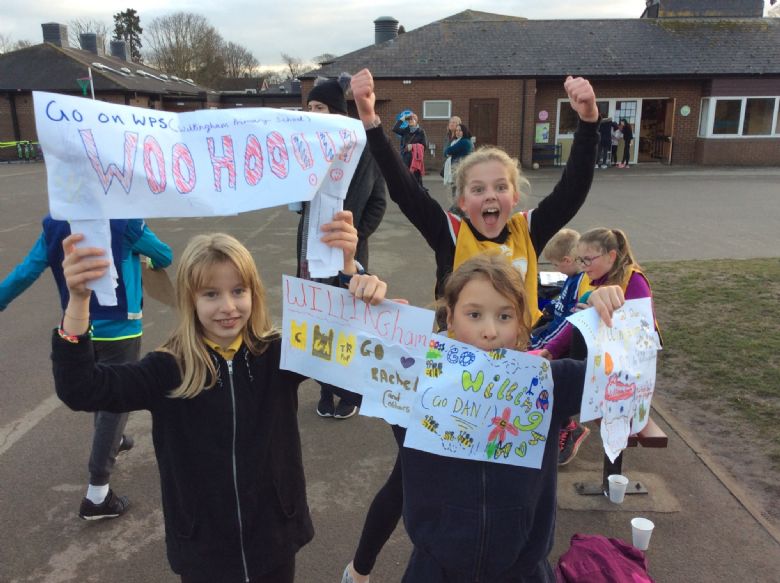 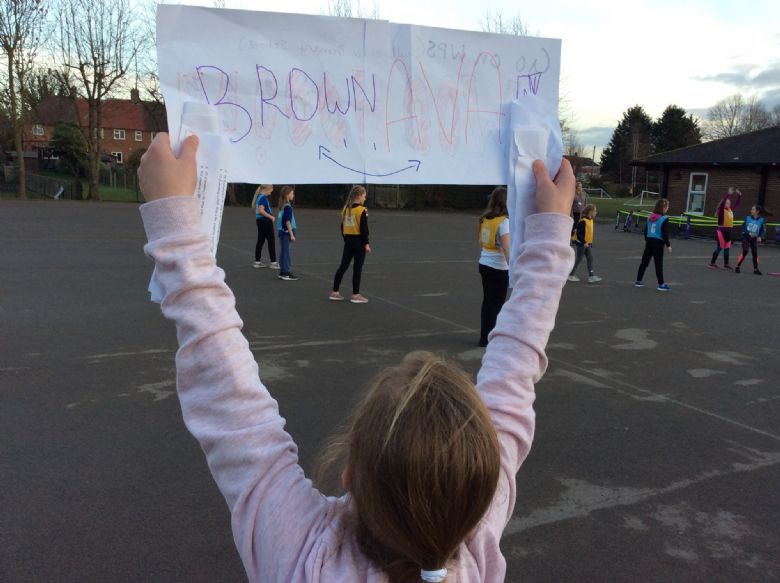 The next quarter was the difference between the two sides as Ava and Dan formed a formidable attacking partnership. Both players linked up extremely well and their movement and quick passing helped Willingham regain the lead. 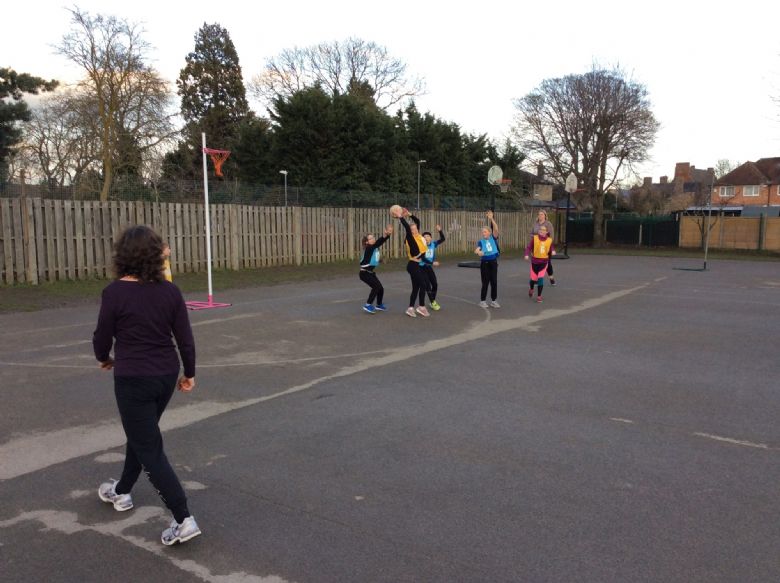 Ava managed to score an incredible three goals in the third quarter, while Dan also pitched in with two for himself. 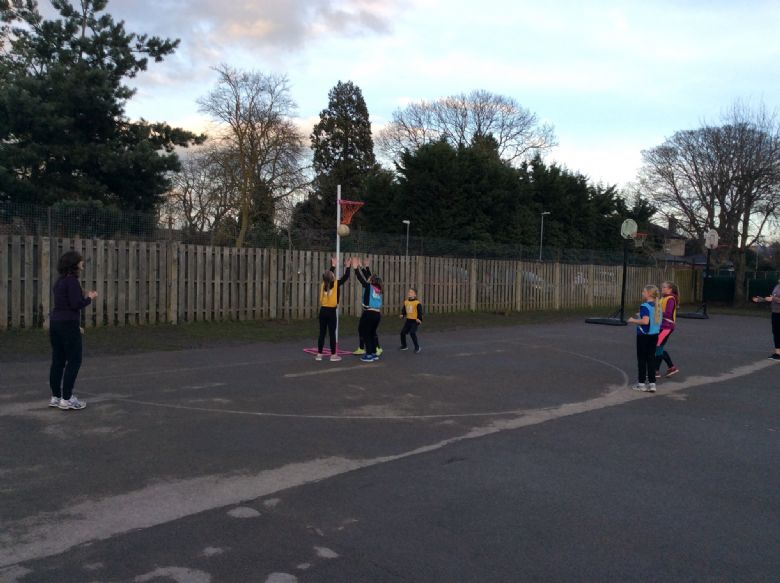 Milton pulled one back before the end of the seven minutes meaning the game went into the last quarter with the score 7-3 in Willingham's favour. 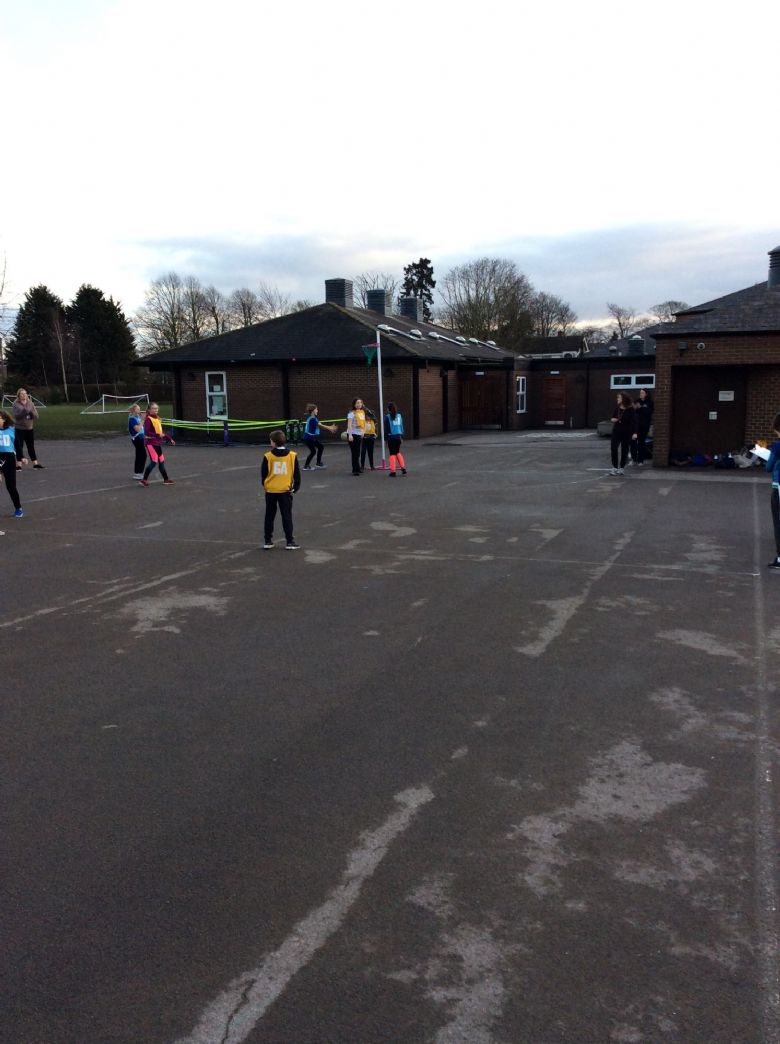 Milton pulled another back in the last quarter and should be extremely proud of their resilience throughout the whole match. 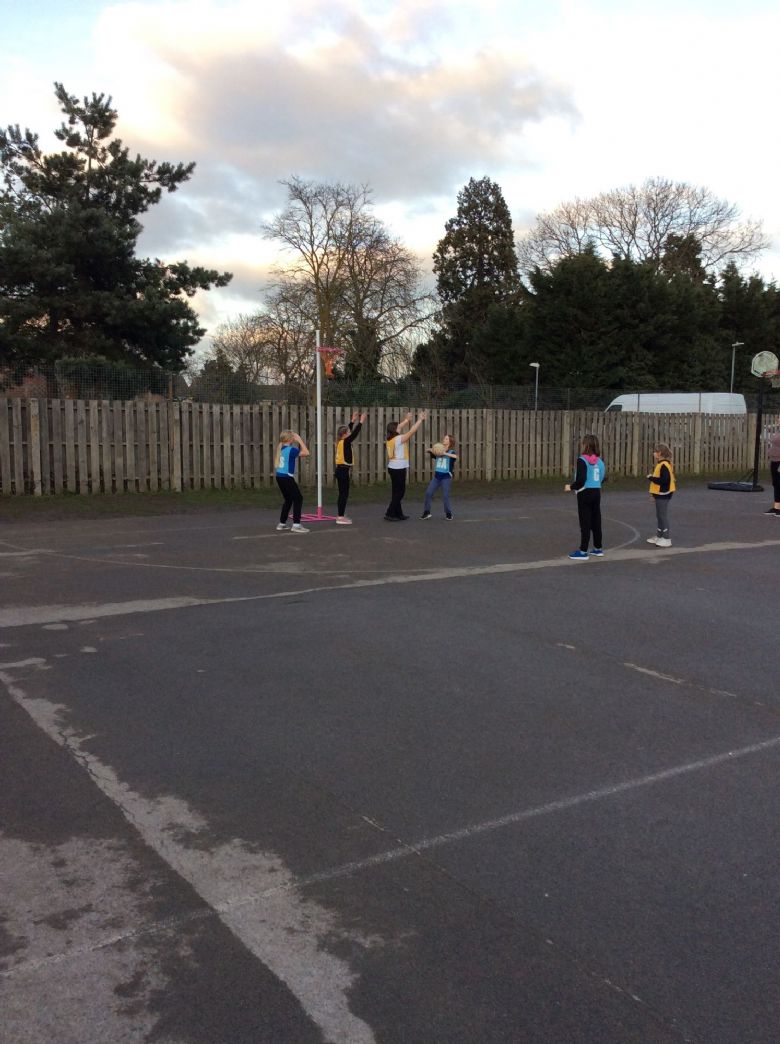 Ellie scored the final goal of the game with two minutes to go and celebrated in style.. 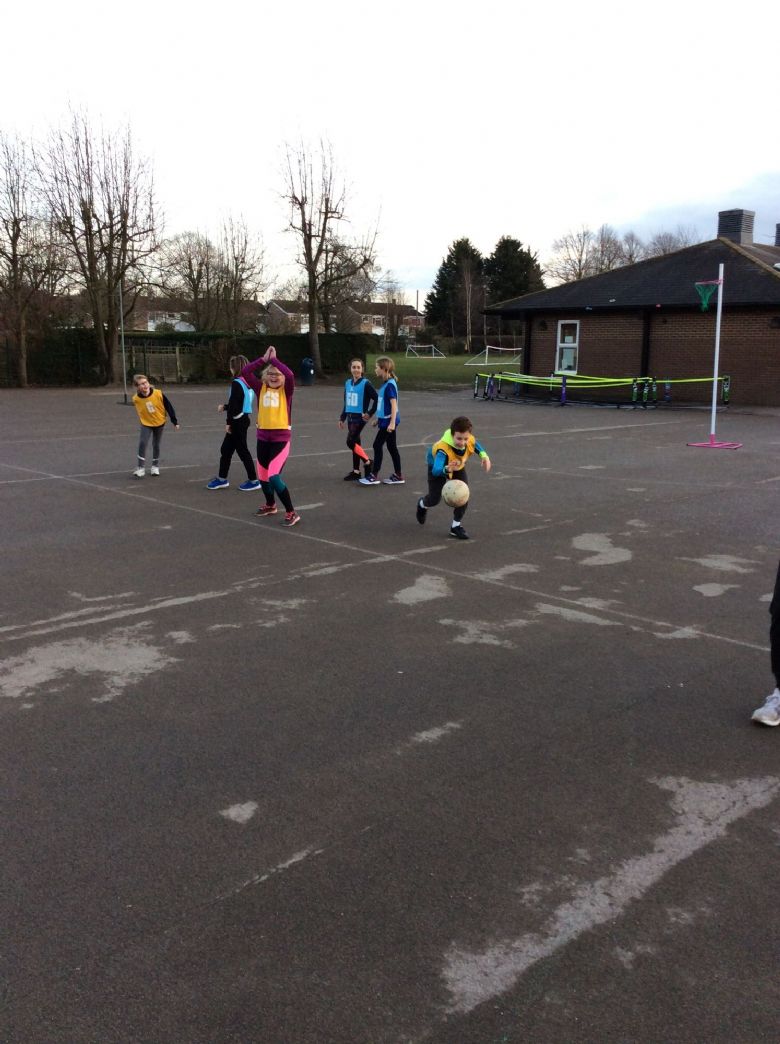 The match ended with the final score 8-4 to Willingham. Both teams played the game in a brilliant spirit and all the players shook hands and gave three cheers to each other. 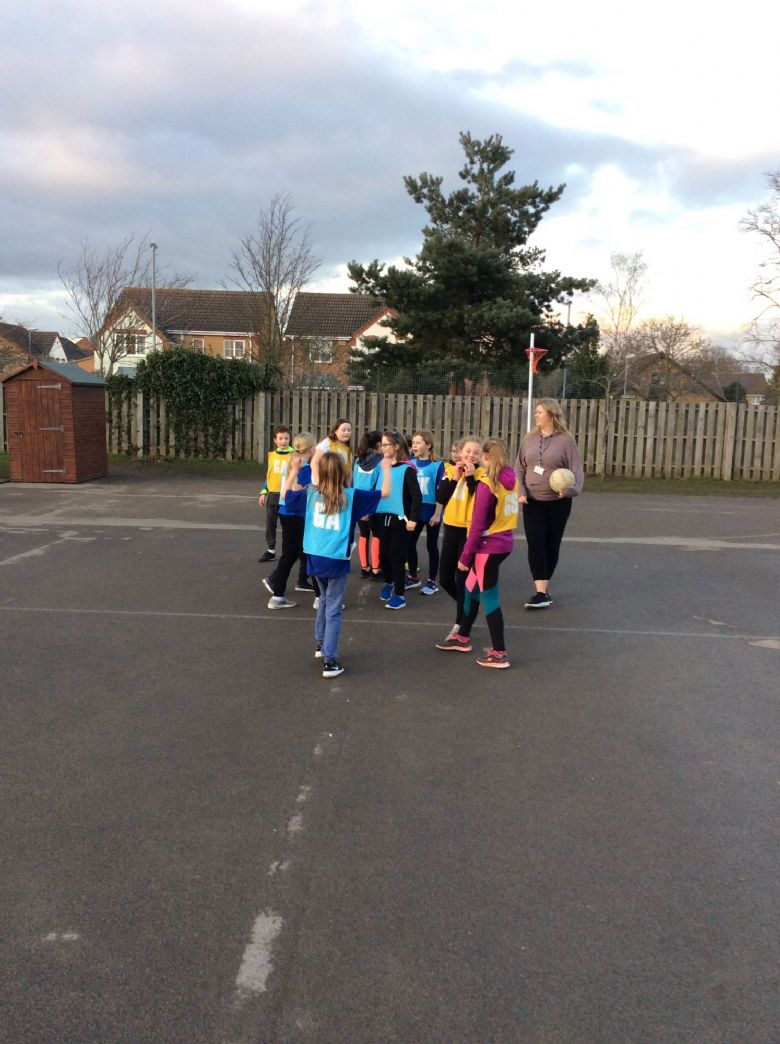 Everyone enjoyed the friendly match and it was an absolute pleasure having Milton come over to play. They did themselves very proud and considering that was their first friendly match, they played very well, especially scoring four goals.

We are already looking forward to the next netball fixture against Milton on Monday 4th March. 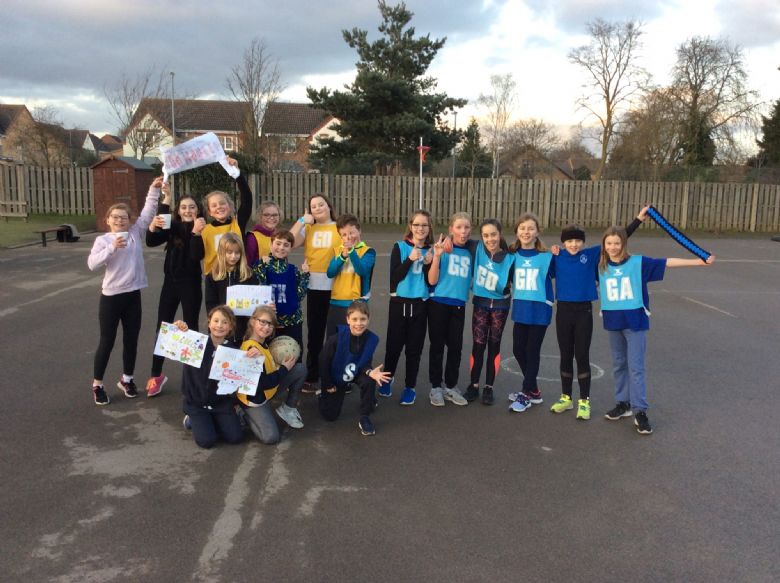