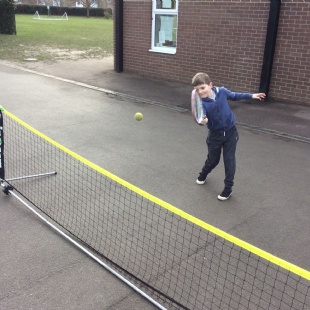 The year 2 children's focus this half term has been tennis and the children have improved remarkably on their coordination and balance using tennis skills.

Mr Carminati challenged the year 2 children as they had managed to pass a tennis ball to a friend using their tennis racquet in previous weeks. So Mr Carminati used the tennis nets as an obstacle for the children to hit the ball over to their friend. He was amazed by the accuracy and control that the children displayed that he had to show everyone how fantastic they were!

Here you can see Elliot using a two handed forehand shot when rallying with his friend! 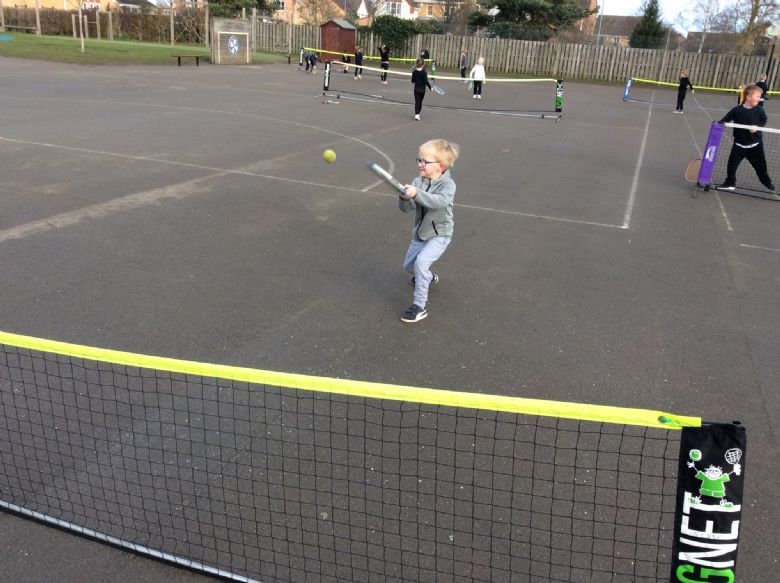 Joseph used a backhand shot whilst rallying with his friend. 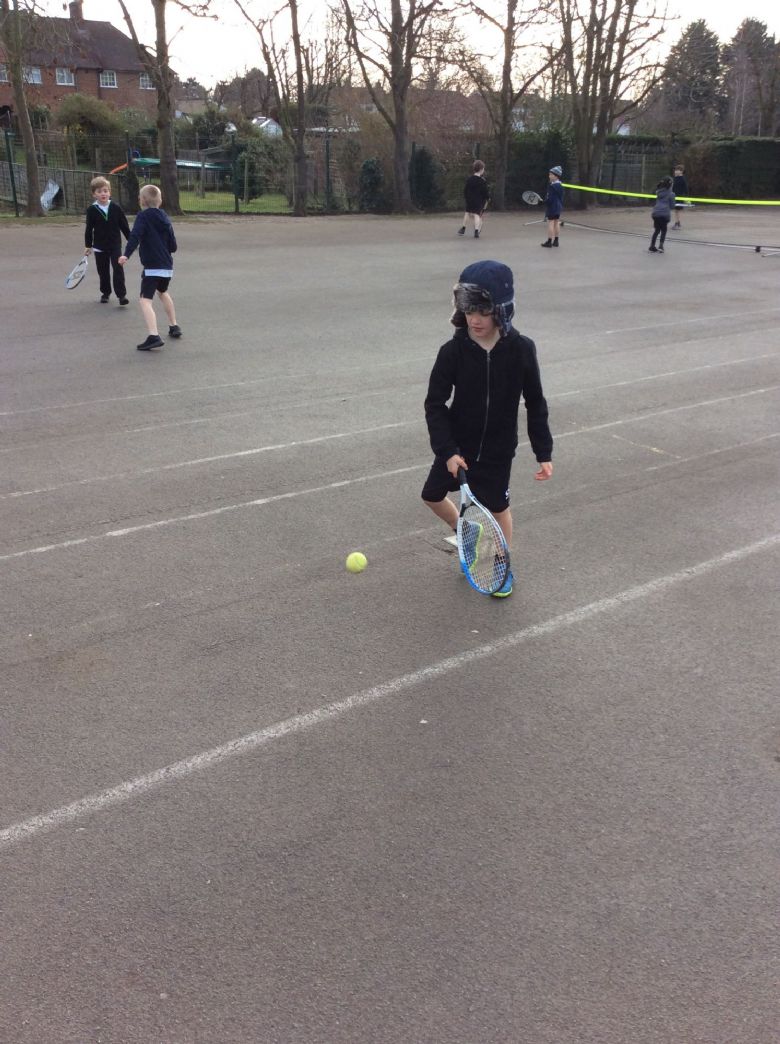 All the children in this year 2 class managed to work on a net with their partner and tried to hit the ball to each other which is a fantastic achievement. 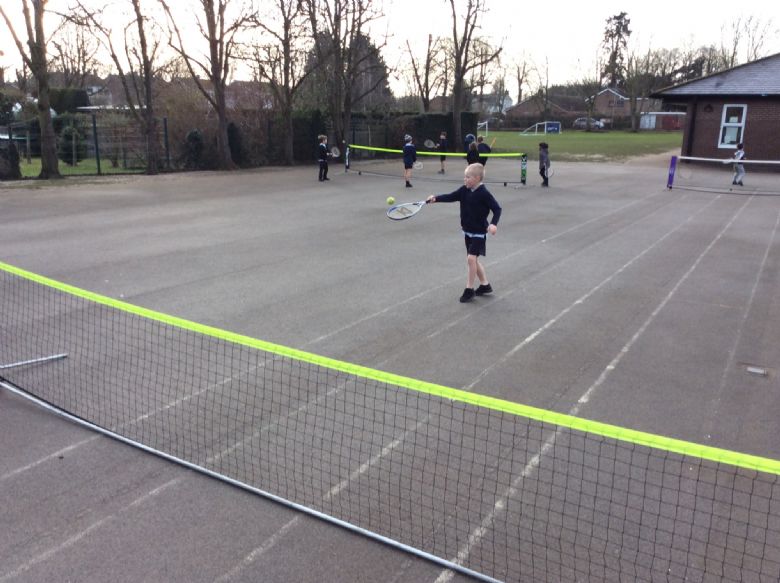 Seth and James worked particularly well together, the boys were rallying with eachother for long periods of time without losing control of the ball. 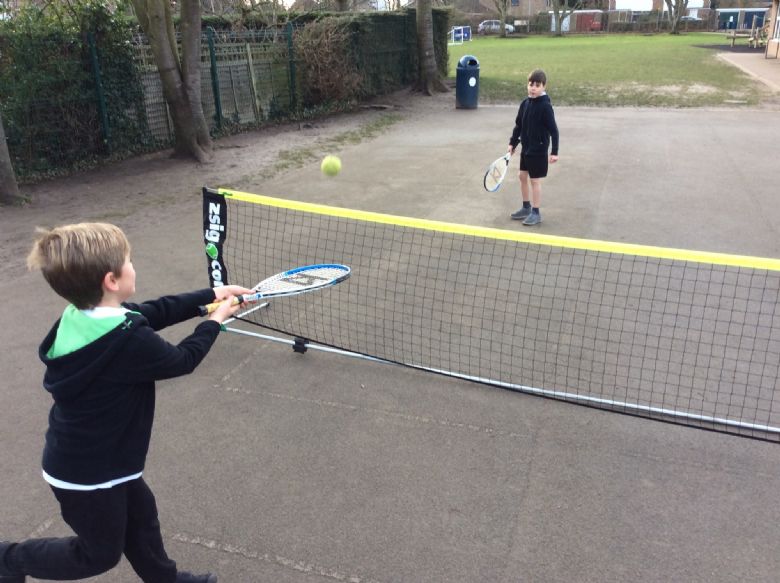 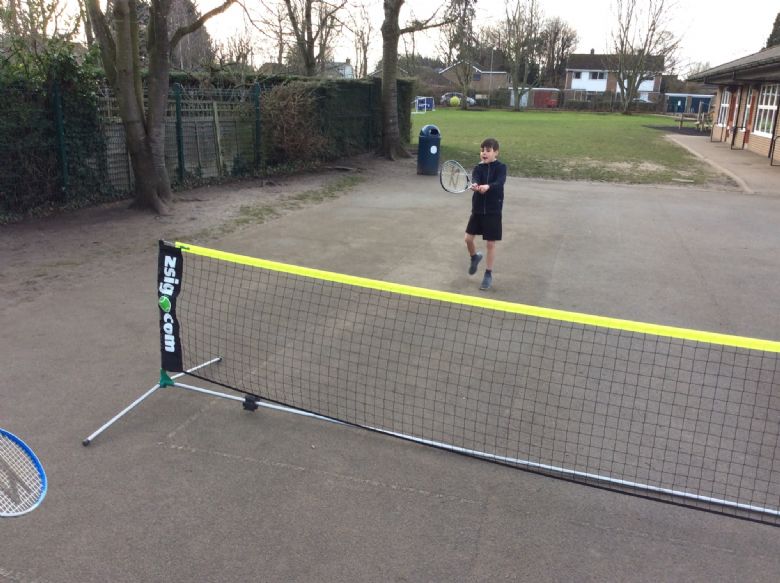 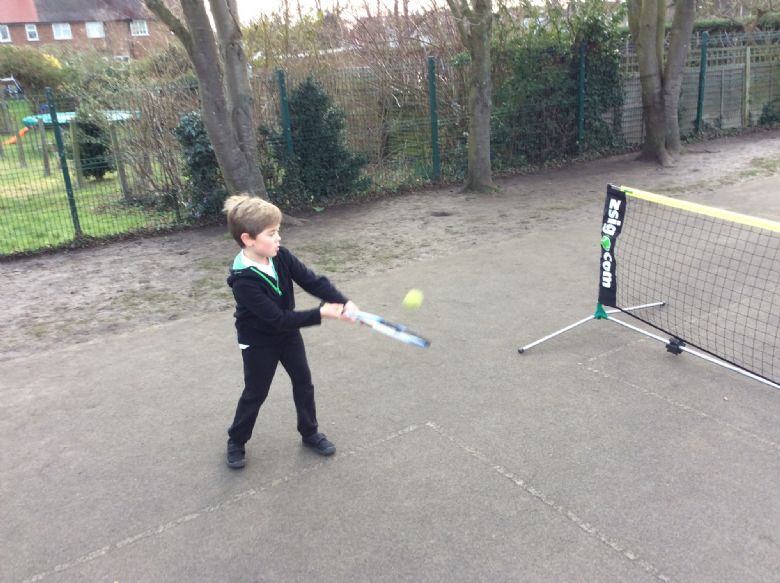 The year two children should be extremely proud of their rapid improvement over the past few weeks. 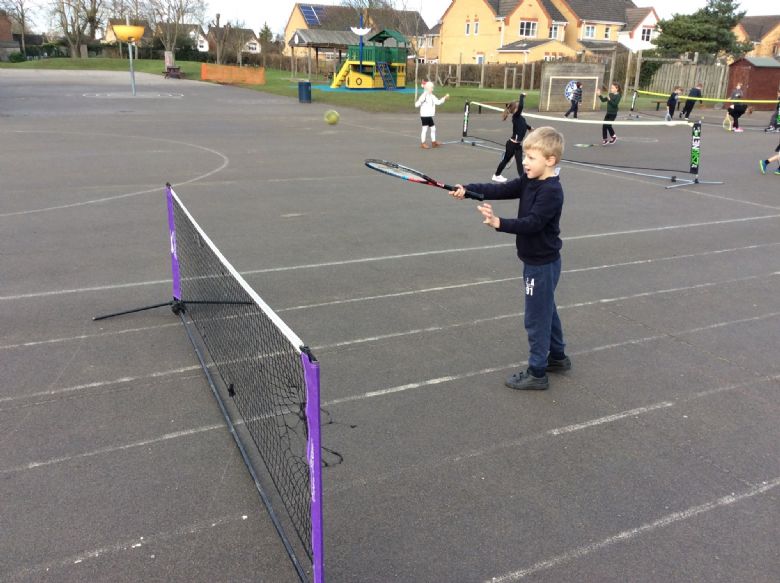