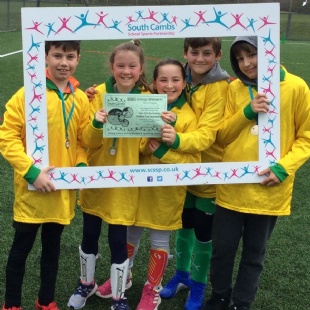 Willingham 'A' team win the Hockey Competition at Comberton VC

This was the first time Willingham had entered this particular competition so it was a little unknown as to what was to be expected..!

The children arrived and were keen to have a go at playing on the 4G surface and get some last minute practise in before the matches started. 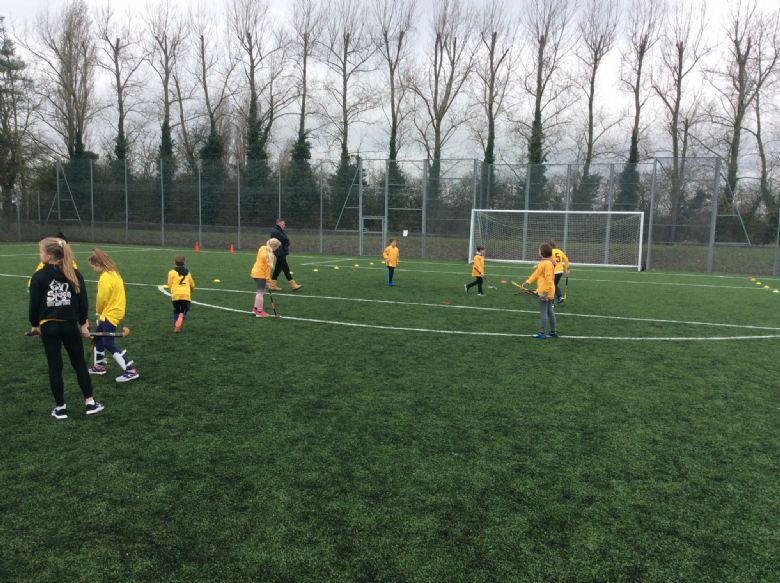 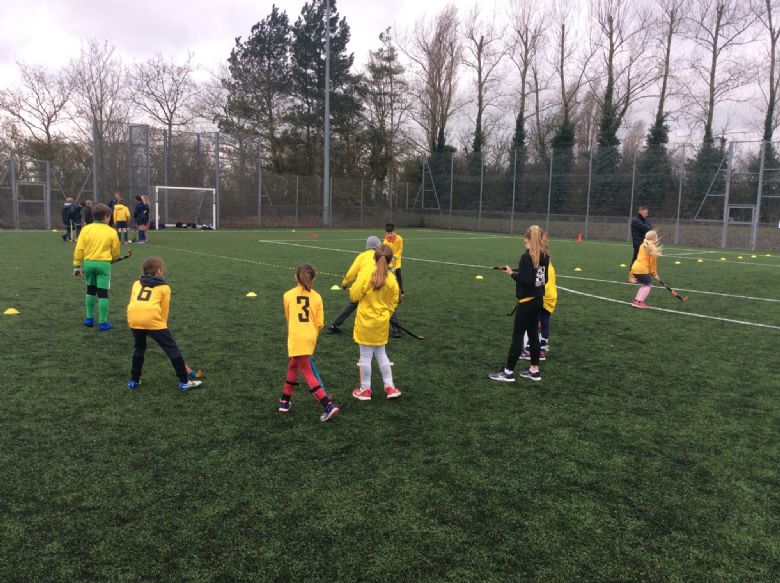 The children were called over to get their briefing for the day from Claire who was in charge of the competition for the day. 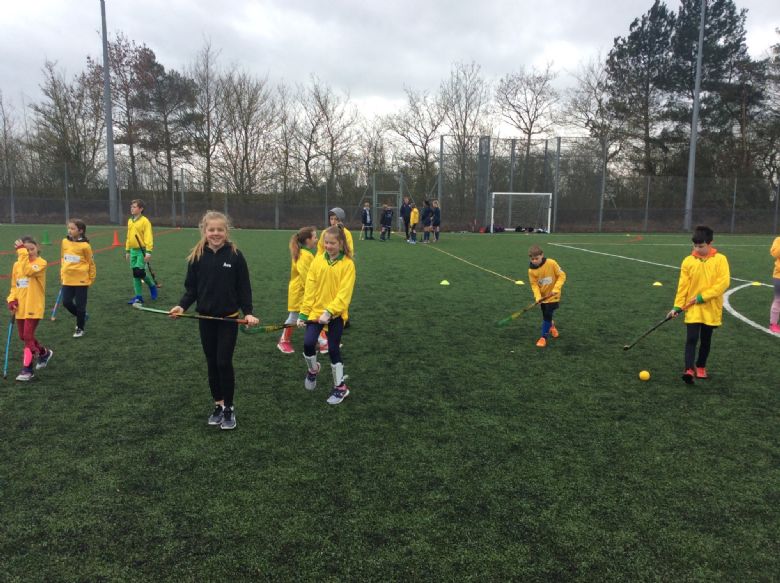 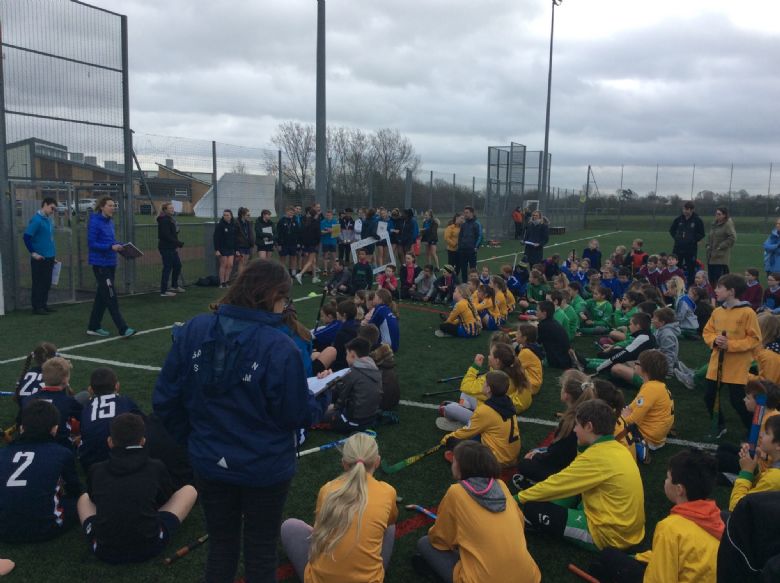 All three teams received their fixture list for the day and every team had five matches to play. There wasn't going to be a semi final or final but, instead the top two teams from the 'Cup Competition' would go onto the County Finals in June.

Our 'A' team were ready for their first match.. 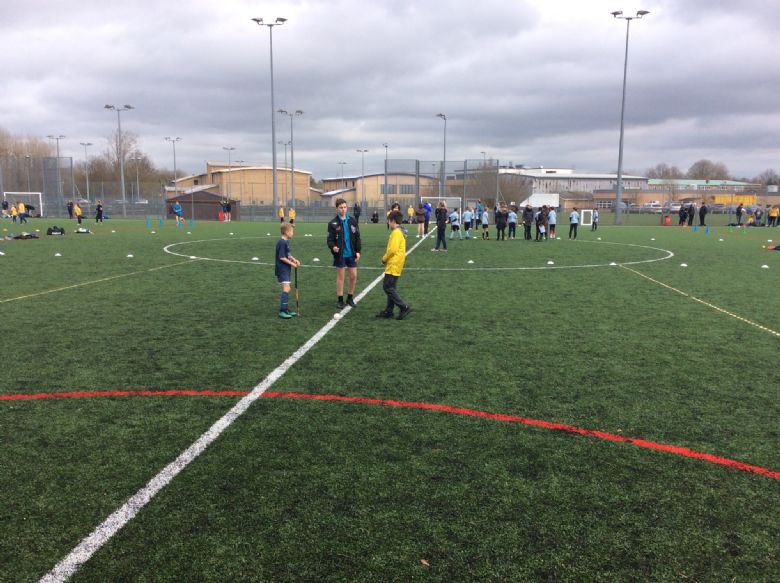 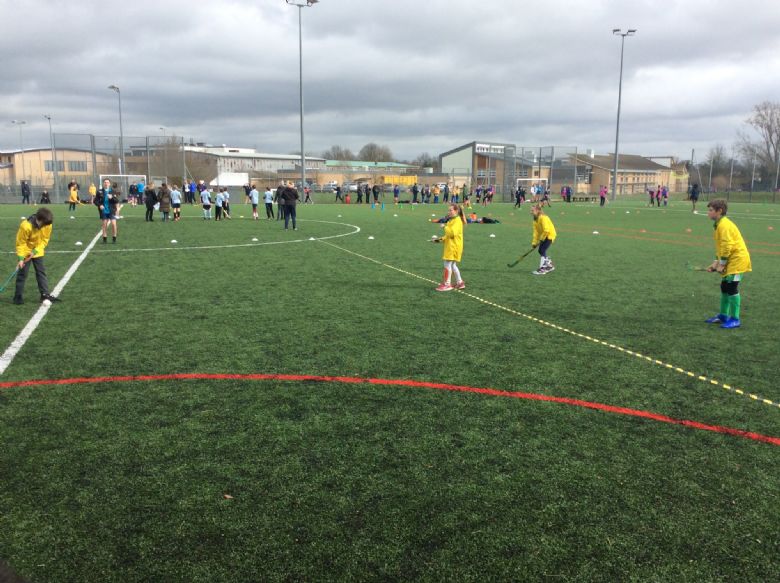 Willingham 'A' got off to the perfect start with an early goal from Nye. He managed to find some space after some quick passing from his team mates. 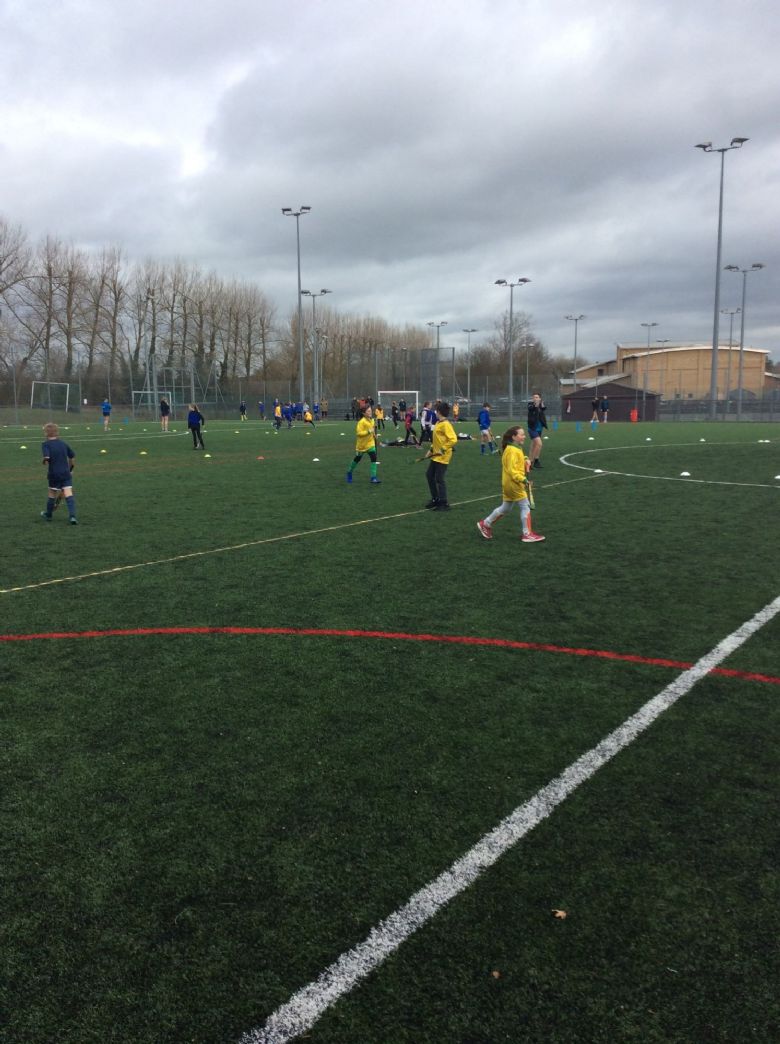 Sam doubled Willingham's lead with some good high pressing resulting in Sam retrieving the ball from the opposition and placing it in the goal. 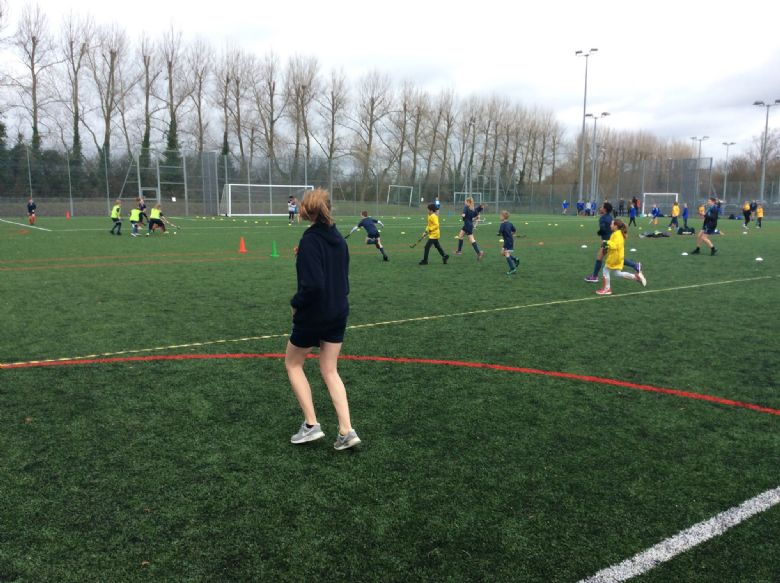 Willingham added a third before the end of the match meaning the 'A' team ran out 3-0 winners in their first game, a great start! Willingham 'B' were unlucky not to find the goal they needed and had to settle for a 0-0 draw. Willingham 'C' struggled with the positional awareness in their first match and unfortunately lost 2-0.

The 'B' team were up next so the other two Willingham teams were supporting their friends and encouraging them to get their first win.

Elliot's dad was a superstar and took on the role of coaching the 'B' team, you can see him here giving the team their final instructions... 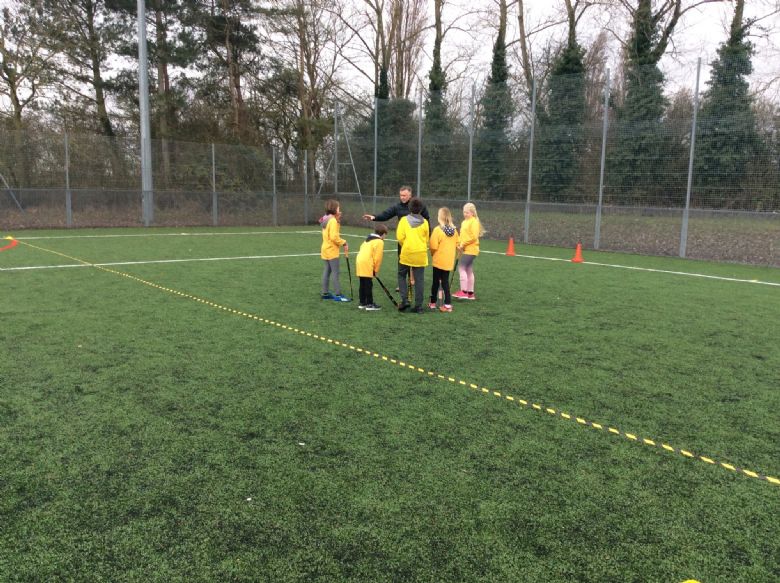 Willingham 'B' set up with two attacking players to try and get the early advantage. 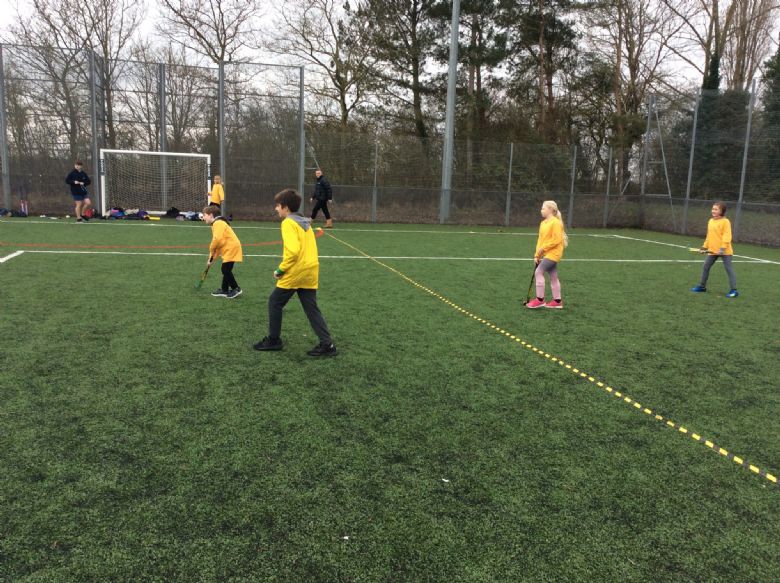 The plan worked brilliantly as Willingham 'B' scored two quick goals in the early stages of the match to calm their nerves and give them a big confidence boost. 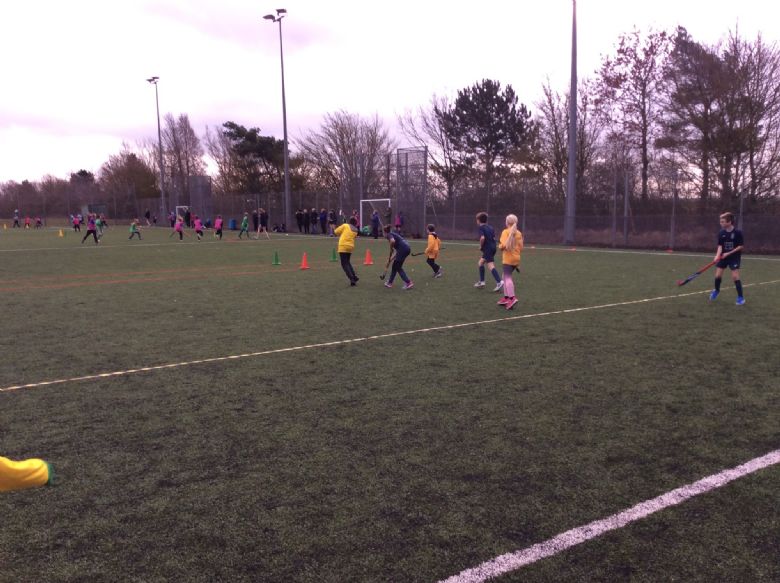 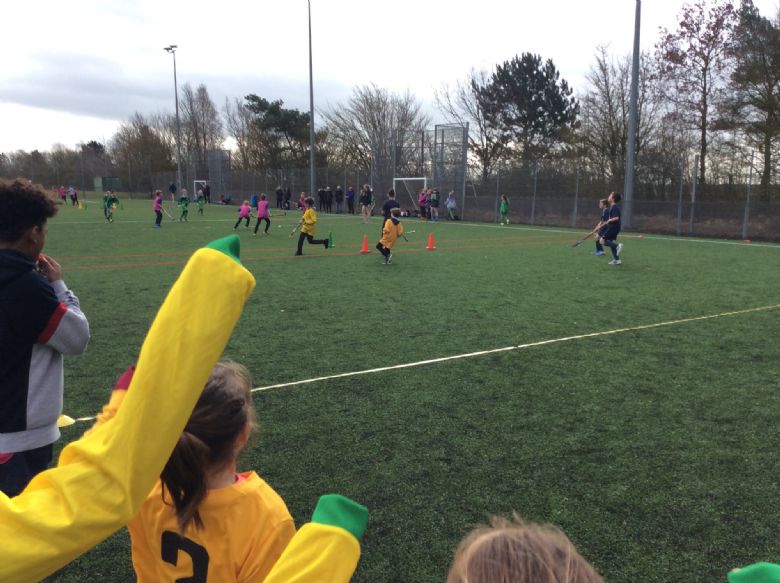 The goals kept flowing for Willingham with another two added to give the 'B' team a massive 4-0 lead..! 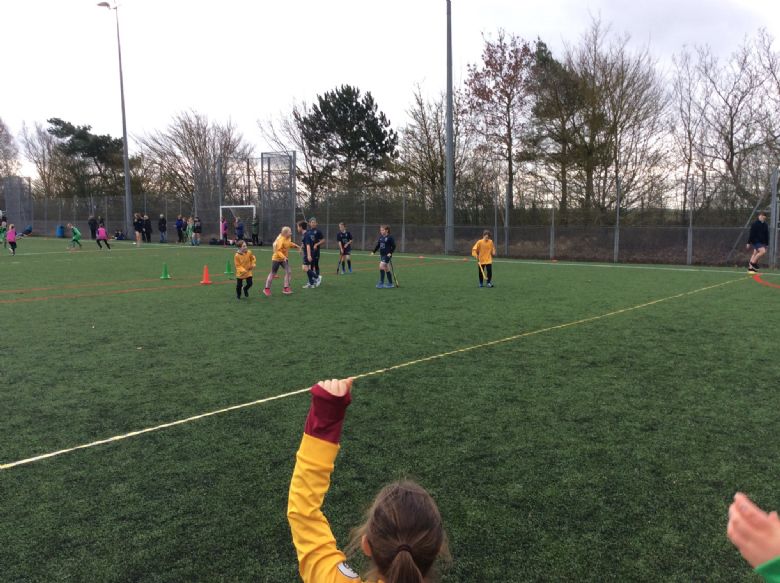 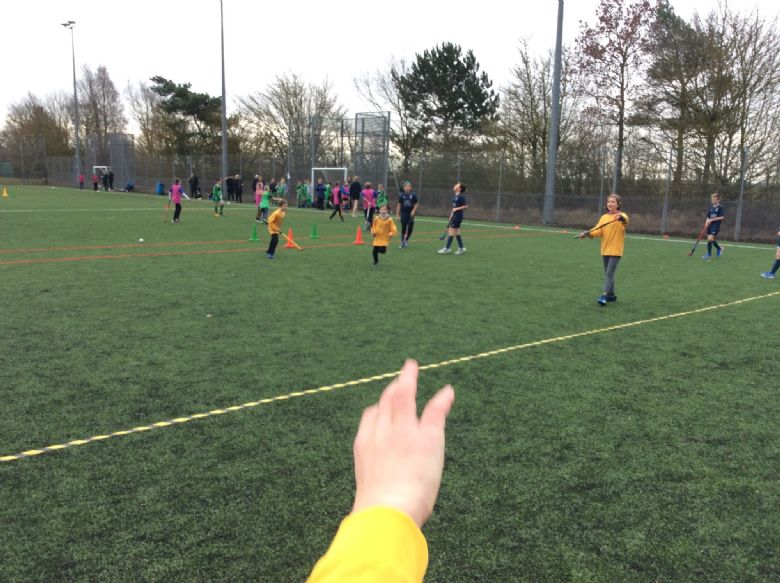 For the competition, if any team has a 'four goal lead', the opposition can put on another player so its 5v4. Linton added their fifth player which made it difficult for the players to get passed their big defence. 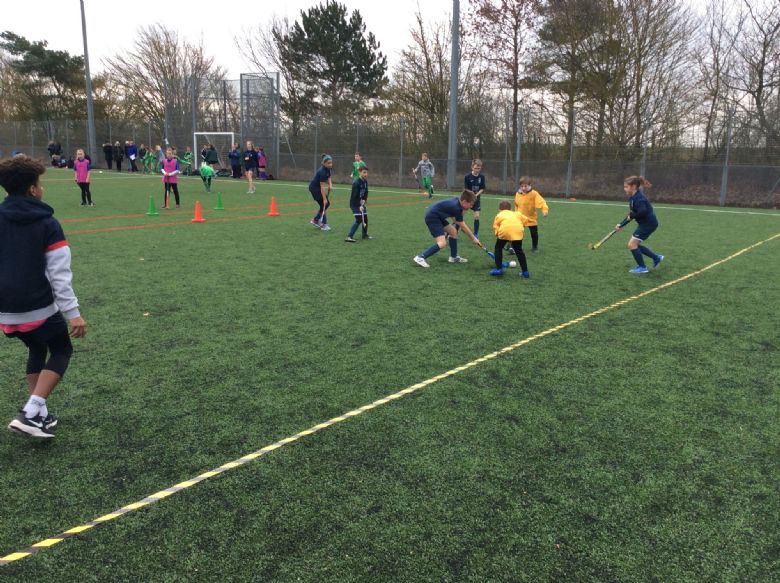 Willingham couldn't add any more goals to their tally meaning that it finished 4-0. A fantastic result in only their second game, a win and a draw..another brilliant start. 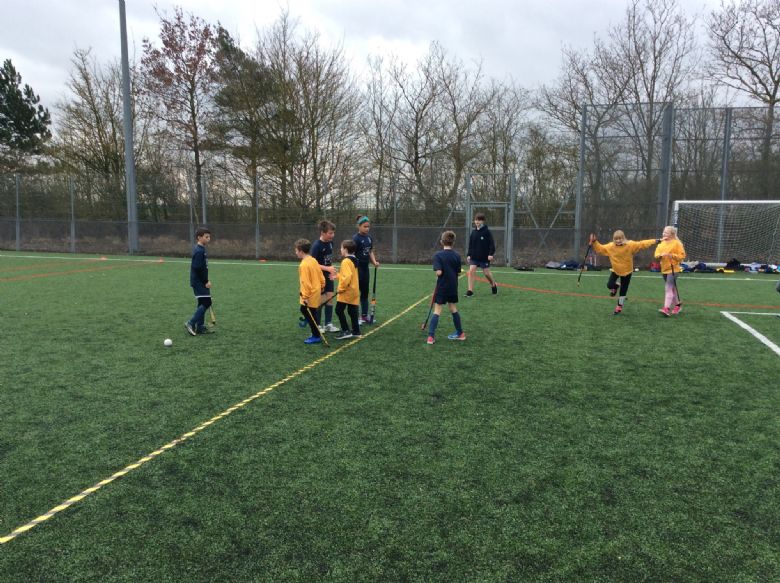 Willingham 'C' team were finding it difficult to score a goal but their determination and positive attitude didn't go unnoticed! This was clearly evident in their game against Swavesey.

There were some great bits of technique on show from Dan.. 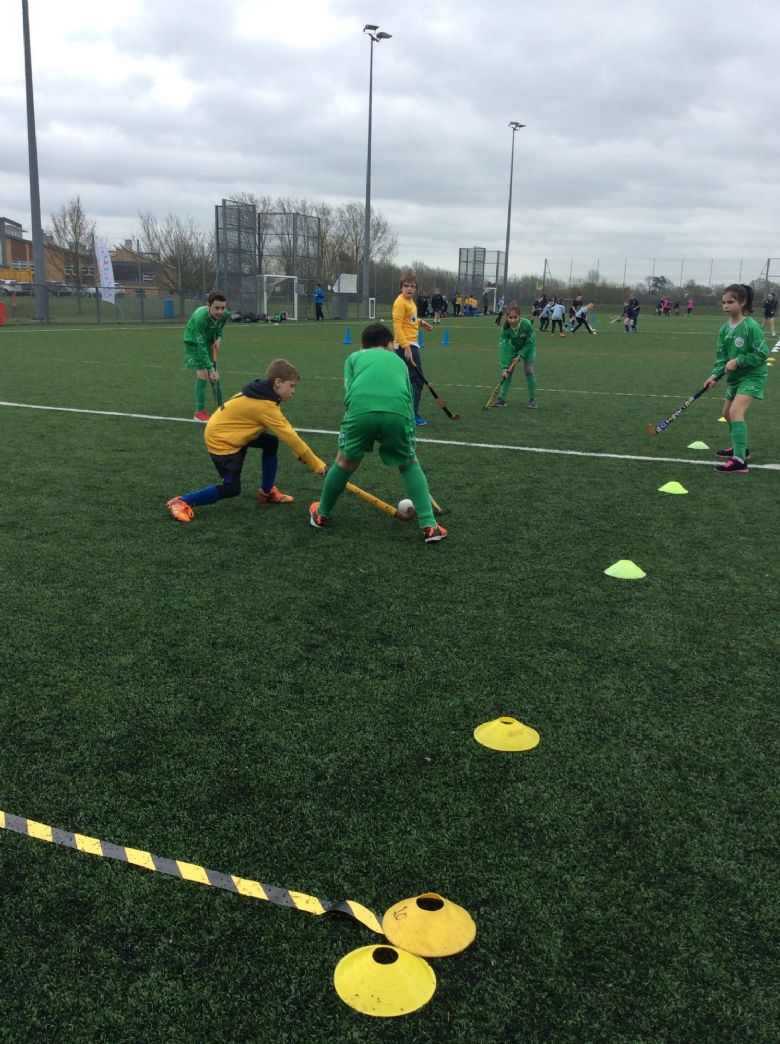 These next action shots demonstrate the determination of the players and their resilience not to concede a goal. 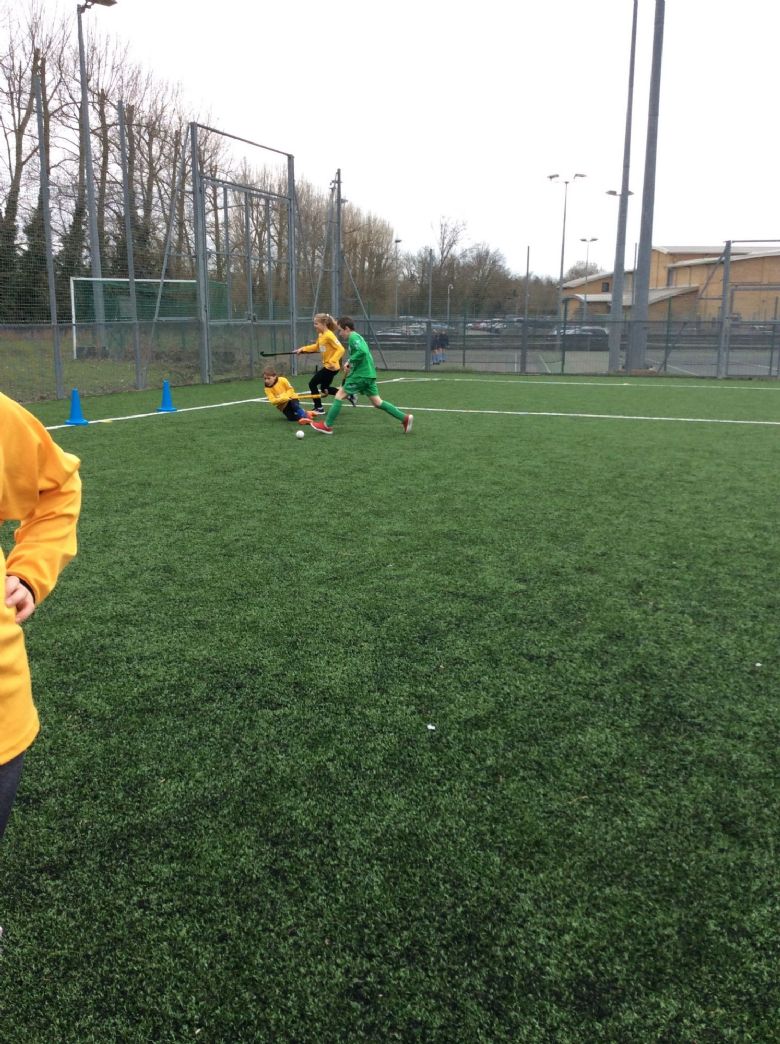 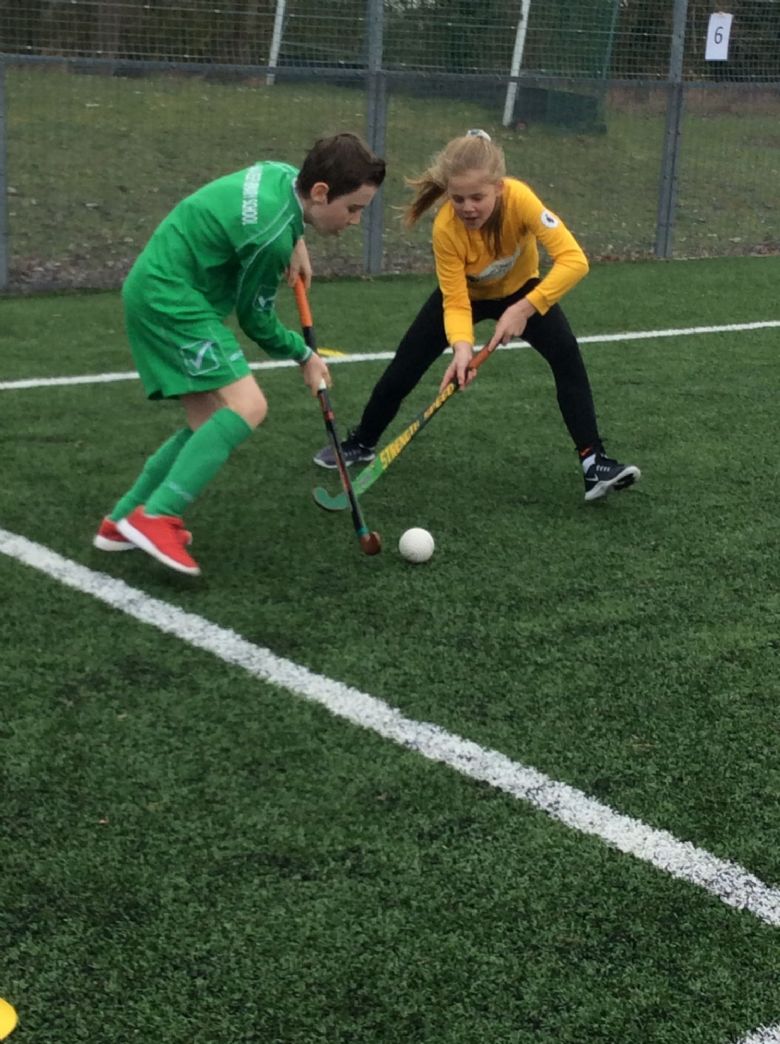 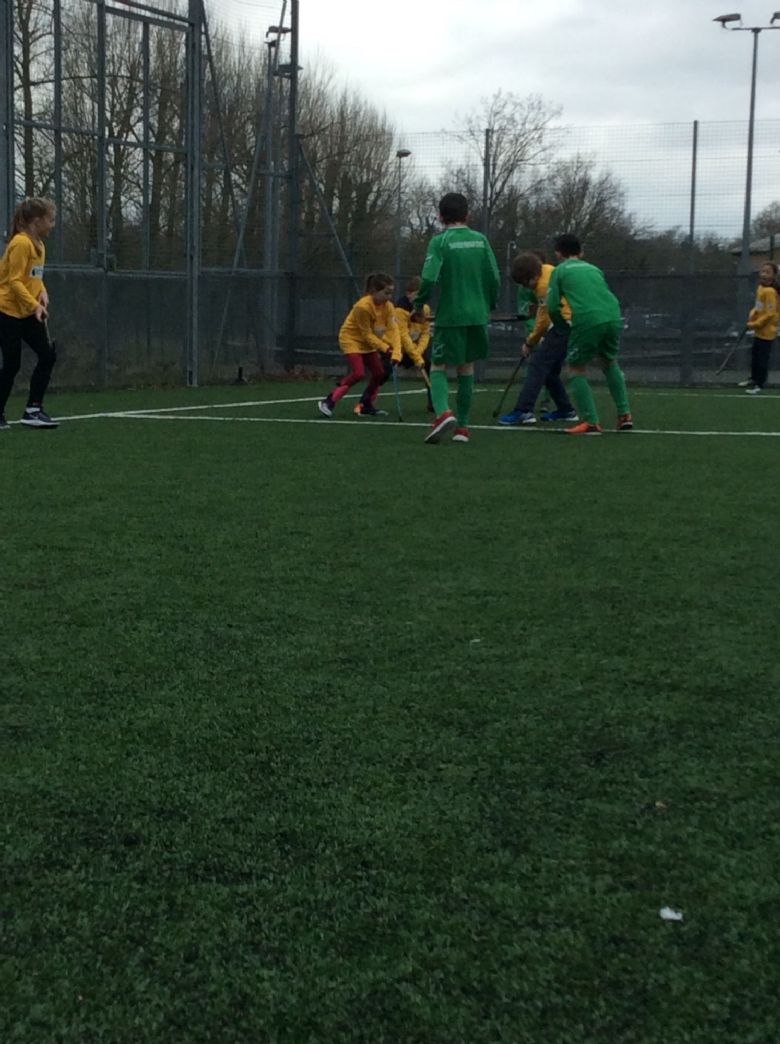 The 'C' team were magnificent and fully deserved their 0-0 draw against Swavesey. It was so encouraging to see the children improving with every game, well done 'C' team!

All three teams finished their fives matches and the scores were in...! 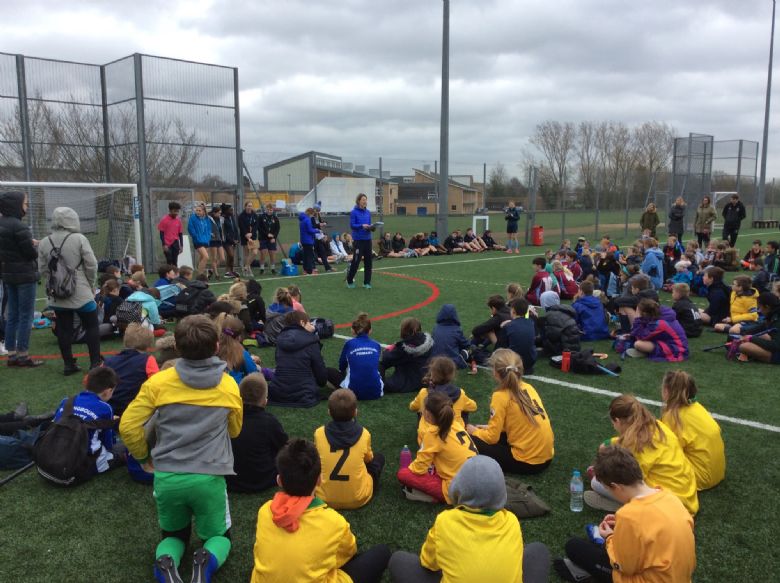 In sixth place of the 'Plate Competition'...Willingham 'C' Team! Well done everyone! 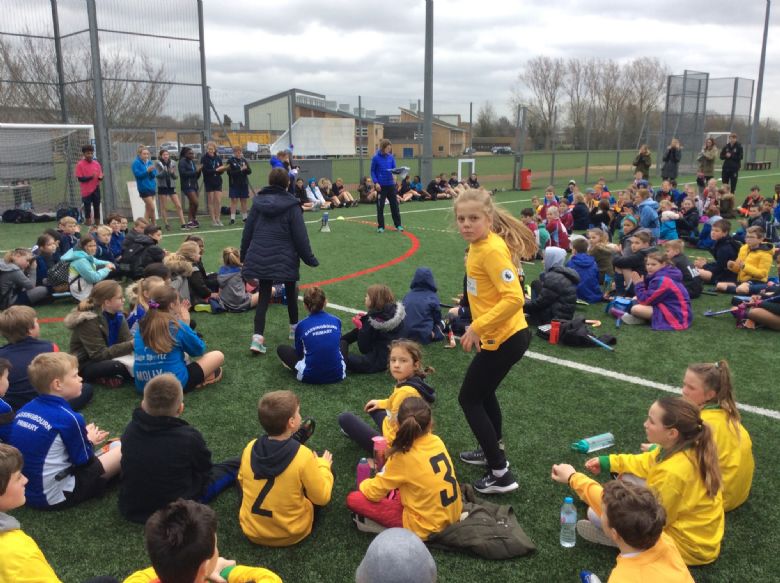 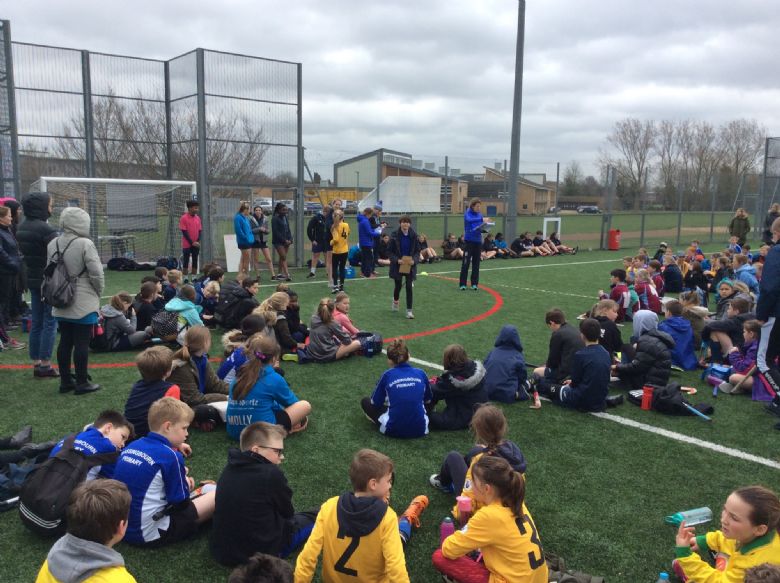 In 4th place of the 'Plate Competition'....Willingham 'B' Team! Well done everyone! 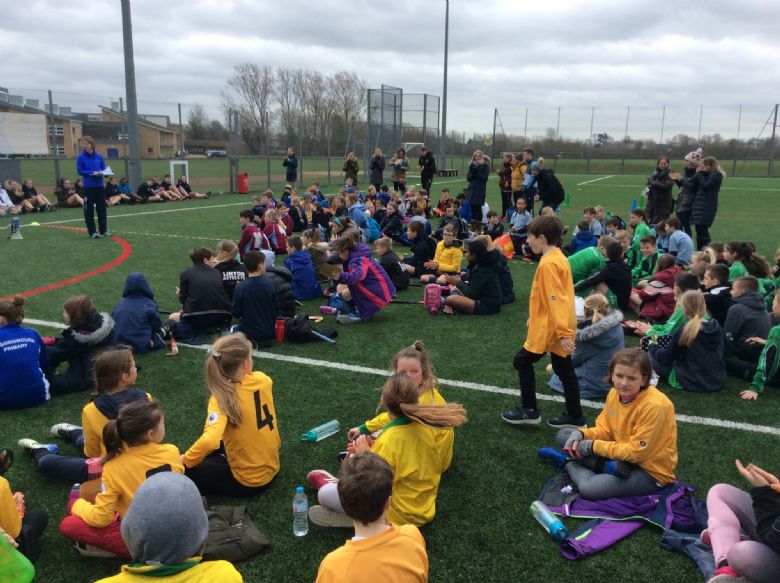 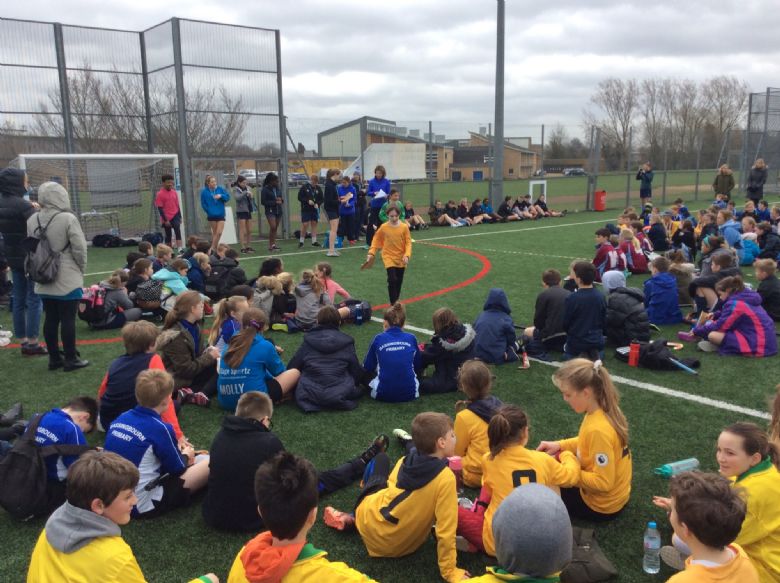 Next were the results for the 'Cup Competition'...!

The winners of the 'Cup Competition' would then go onto the County Finals in June.

Each place was being called up but there was no sign of Willingham 'A' at all...? 2nd place was announced and they still hadn't called up Willingham... 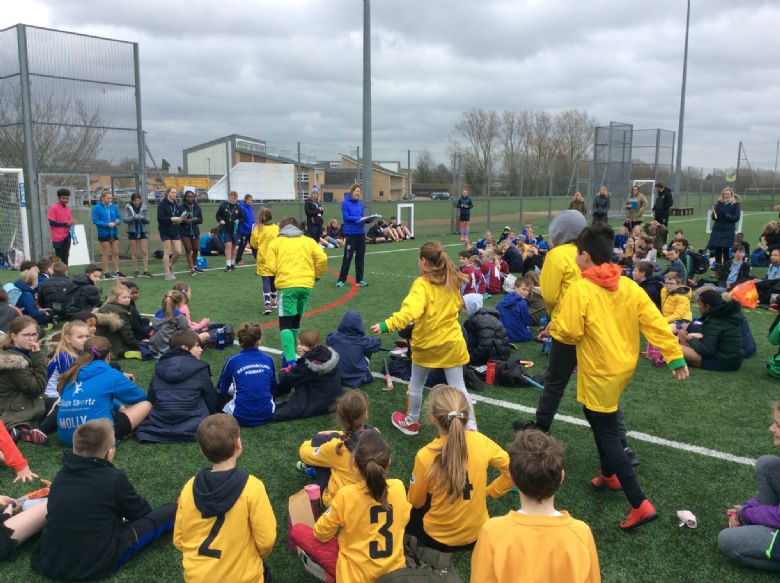 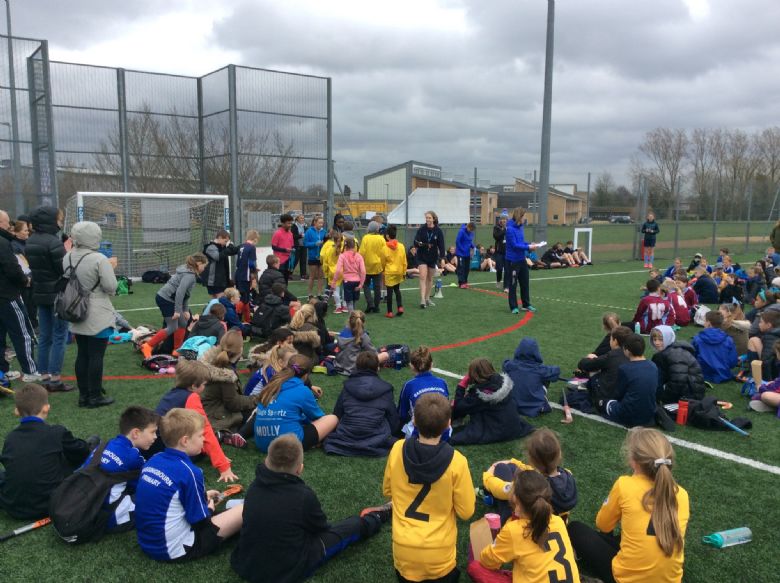 The children were absolutely amazing and to finish 1st in their first ever Hockey Competition was an incredible achievement! 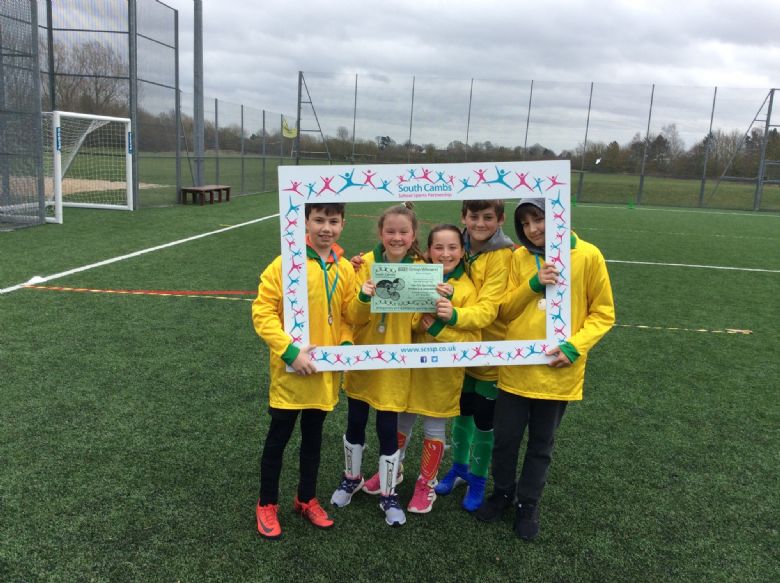 All fifteen children that represented Willingham Primary School were an absolute credit to themselves. They all played in the right spirit and displayed the right values throughout the morning. Considering this was Willingham's first ever Hockey Competition, they were all fantastic.

The Willingham 'B' Team were also mentioned in the presentation for their 'Teamwork' and 'Honesty' throughout the competition. 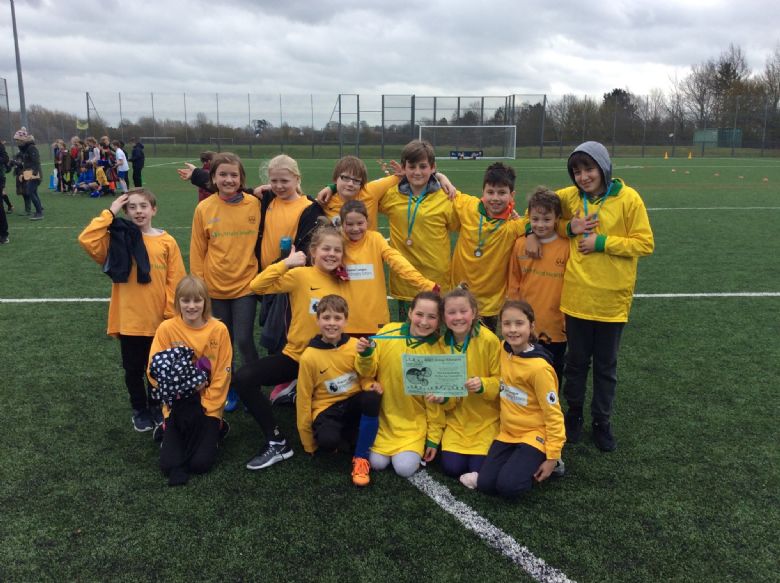 One last thank you, to all the parents who came and supported the children on the day and helped with transport! These events wouldn't be able to happen without the support of the parents, so thank you. A very special thank you, also to Elliot's Dad and Mrs Gillingham for helping 'manage' the 'B' and 'C' teams. Again, I couldn't be more grateful for your help and support.

Roll on June for the County Finals..!