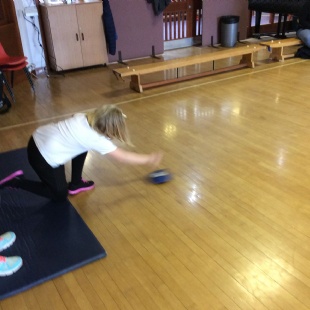 Mrs Latham's school came to try their hand at Kurling!

On Thursday afternoon, Mrs Latham brought six children from her new school, Bourn to play a game of Kurling against six Willingham children.

Mrs Latham has always been a fan of Kurling, especially after she beat Mr Morel back in November...!!

The six children chosen by Willingham were selected to play due to their incredible attitude to school and for their fantastic behaviour on a consistent basis.

Bourn borrowed our Kurling set as they hadn't played it before so they could have a practise before coming over. Our six children were newcomers to the sport as well so it was very even going into the event.

The hall was split into three and each section had a different Kurling activity.

Section one was called 'Skittles' and this was a game where the children had to try and knock off the balls from the line of white cones. Once the ball had been knocked off, the cone was removed meaning the game got harder as there were less balls/cones to aim at. 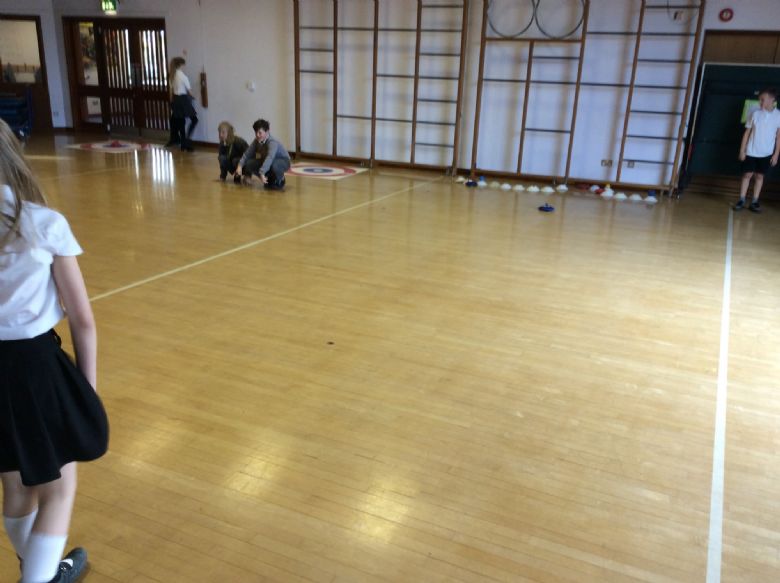 Section two was called 'Closest to the target' and this activity was for the children to try and get as many of their coloured stones closest to the middle than the opposition. However many stones were closer than the other team, was the amount of points that team earnt for that round. 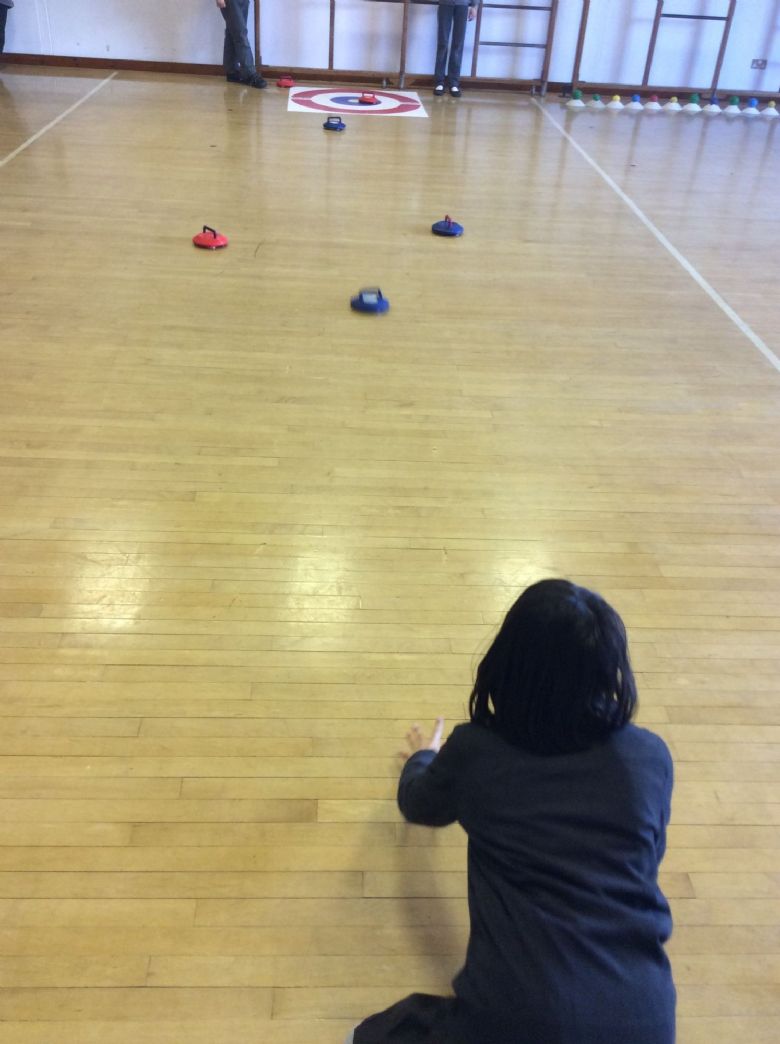 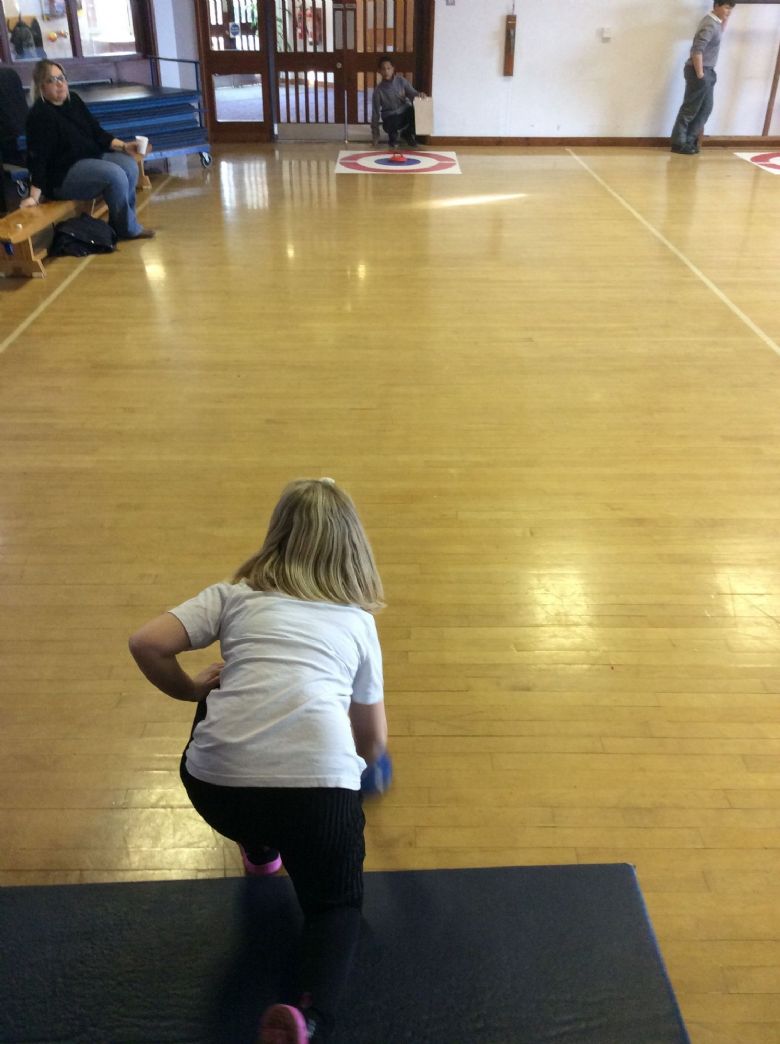 The children all paired up and found an activity to start off with. They all introduced themselves and had a quick practise before the event started. Each activity was looked after by two of our 'sports councillors'. These six children were in charge of scoring and supporting the children on each of the activities. As always, these children were absolutely fantastic and their help was tremendous. I cant thank the children enough for their help and support.

The sports coach at Bourn is a close friend of Mr Carminati and even went to school with him....!! He was impressed with the amount of sport Willingham were involved in and was particularly interested in the 'Winners Wall'..! 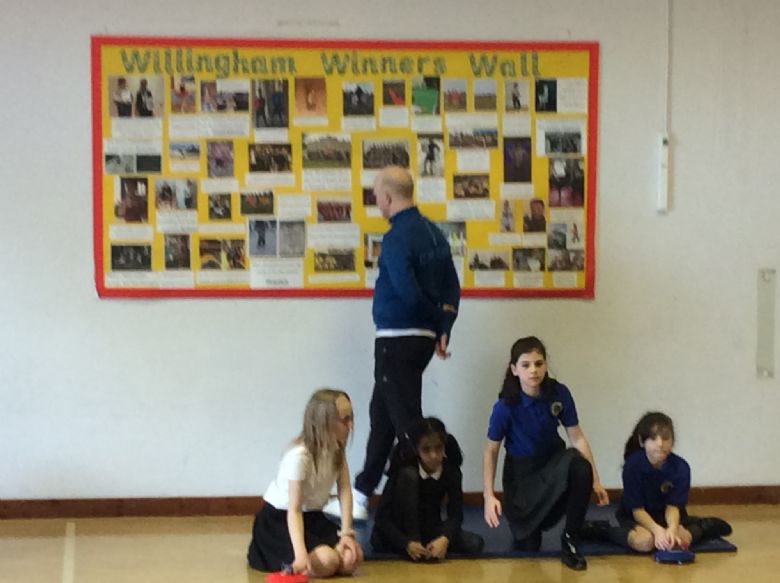 All the children had a go at all three activities and thoroughly enjoyed the afternoon.

It was great to see so many different children experience a new sporting opportunity and we thank them for all their hard work in the year.

It was great to see Mrs Latham too and we hope to be able to have a 'rematch' of some sort next term.