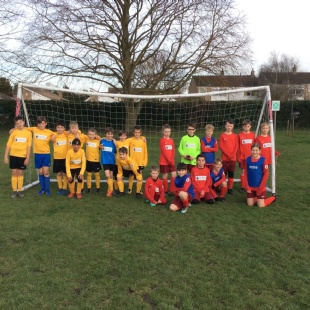 Willingham played two matches in one afternoon against Fenstanton.

On Monday afternoon, Willingham hosted Fenstanton & Hilton Primary School for an 8 a side football friendly. Fenstanton brought over two teams, one to play in the first half, a different team in the second half and to play each other at half time..!

Willingham have a little time to warm up before the opposition arrived.. 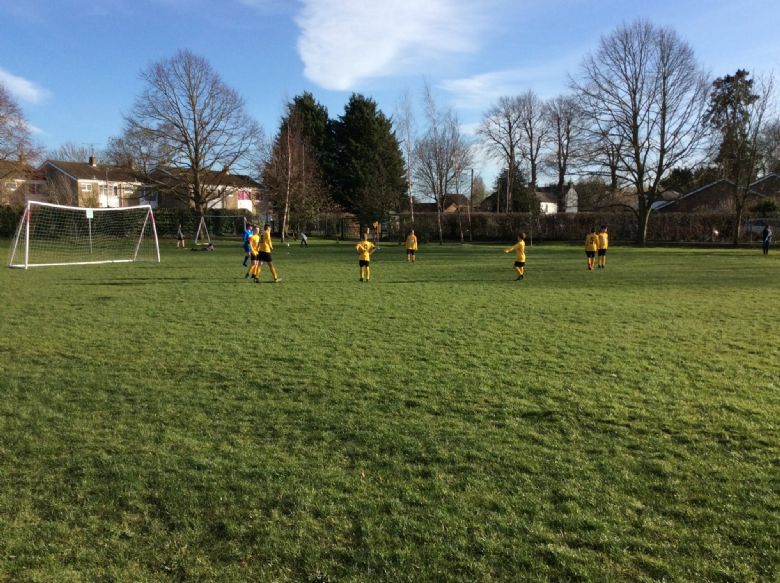 Fenstanton arrived with both of their teams ready to prove themselves.. 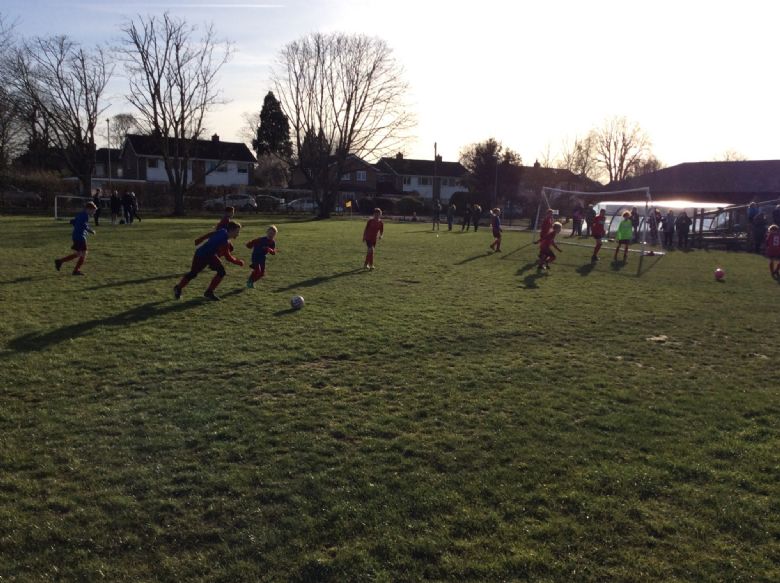 Stanley was our referee for the afternoon and he got the first match underway, Willingham v Fenstanton 'B'. 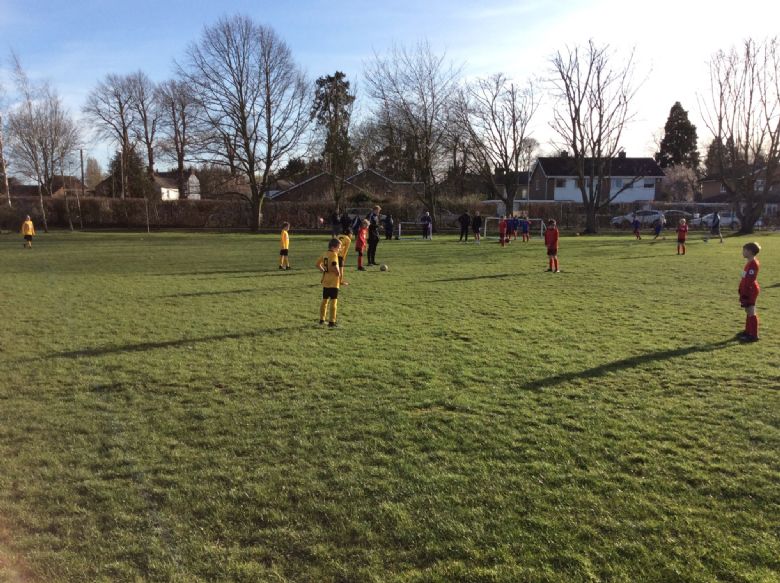 The game started off quite slowly with both teams trying to work each other out. It was very cagey and there were very little risks being taken.

Willingham started to become more attacking and created some great chances, only to be denied by the Fenstaton 'keeper. Mr Carminati was very impressed by the goalkeepers brilliant saves, only to be told by their coach that he is actually an outfield player and was doing the 'B' team a favour..!

He was finally beaten by a cracking long range finish from Sam. He made a great tackle on the right hand side and hit it early and it looped over the impressive goalkeeper, 1-0 Willingham.

This gave Willingham the breakthrough they were looking for and with some excellent build up play, it was 2-0. Charlie dribbled the ball brilliantly on the left to cross for Ollie to score from close range.

Ollie added his second and Willingham's 3rd soon after with another poacher's finish. Mr Carminati was impressed with the football being played and the reward for the brilliant football was another goal before the break. Again, Charlie was instrumental in the build up and laid it on a plate for young Lucas who bagged Willingham's forth.

Half time arrived and it gave the Willingham players a chance to have a 10 minute rest while the Fenstanton players had an intra match. 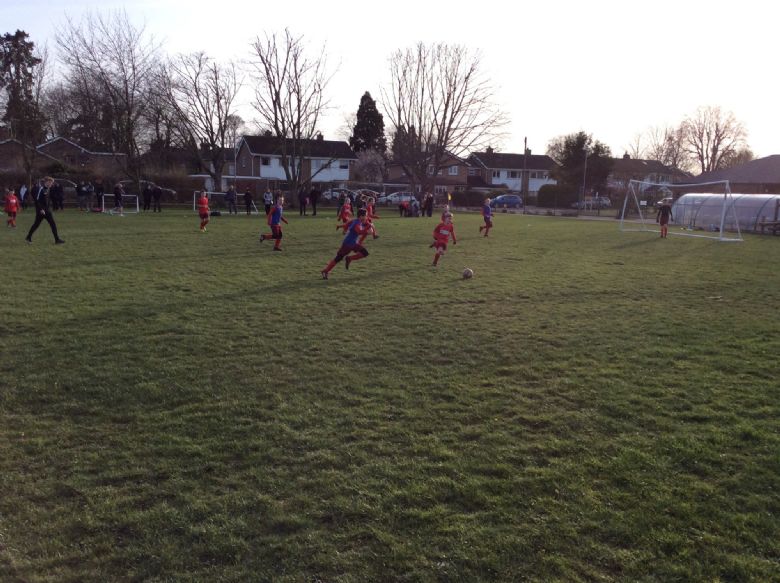 During the break, Mr Carminati told the players how happy he was with the performance and explained it could have been more, if it wasn't for the excellent goalkeeping display from the Fenstanton 'keeper. However, the next game would be against their 'A' team, so they couldn't go into the game thinking it would be easy.

The second half got underway and Willingham picked up where they left off with an opening goal from Lucas. The deflected effort wrong footed the keeper and went into the opposite corner, 1-0 Willingham. 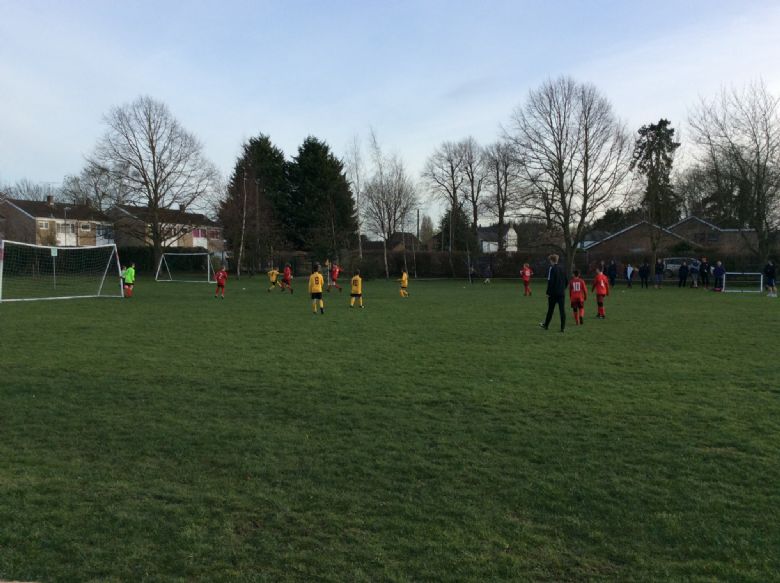 Fenstanton 'A' were more organised and played with a much quicker tempo, moving the ball forward quickly giving the Willingham defenders lots to think about. The quick play resulted in a goal as the first half goalkeeper for Fenstanton hit a powerful shot from the edge of the box to give Al no chance, 1-1.

Willingham were playing well but Fenstanton were making it a competitive game and deserved to be on level terms. They actually took the lead not long after with another clinical finish, 2-1 to the visitors.

Willingham played their best bit of football of the afternoon as Ben neatly flicked the ball round the corner for Charlie to equalise, 2-2! Game on!! 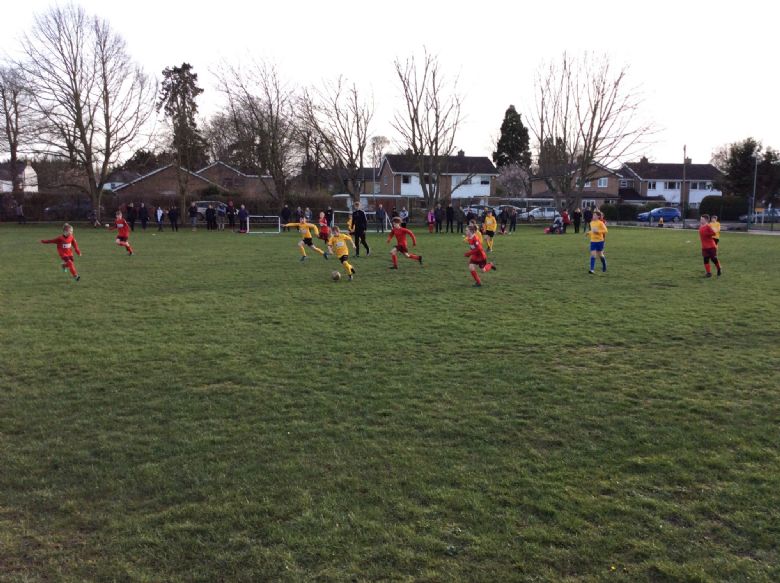 The score continued to 'yo-yo' as Fenstanton regained the lead but a long range Sam 'smash' made it 3-3! Sam's first time hit from long distance was one of the goals of the afternoon.

With 3 minutes to go, disaster for Willingham as Fenstanton took the lead, again. This time, it seemed that it would be the winning goal, 4-3.

However...Lucas had other ideas. The young year 5 wriggled in the box and equalised with what seemed like seconds remaining...and then bagged a WINNER moments later giving Willingham an astonishing 5-4 victory.

A wonderful afternoon of football was capped off with a tremendous result for the Willingham boys. They played magnificently and Mr Carminati said that was the best team performance they have had all year. 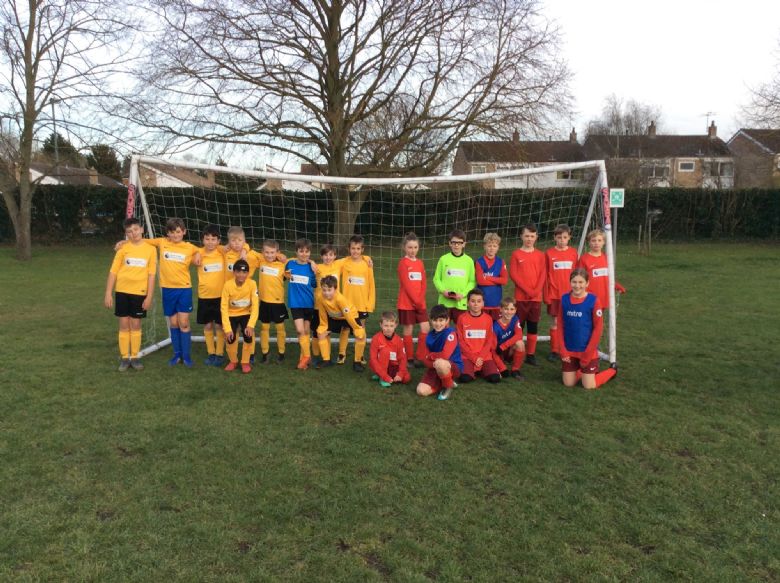 A big well done to all the players involved as it was a great team performance.