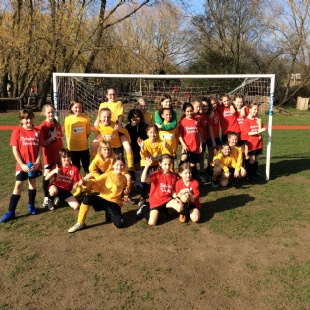 On Thursday afternoon, 12 girls from Willingham Primary School made the long trip up the A14 to Stukeley Meadows in Huntingdon to take part in a football tournament.

This was a four team tournament with two teams from Stukeley and two from Willingham. Each team would play each other once and the team with the most points after the round of games would be victorious.

The players from Willingham were very excited and arrived early to get warmed up! 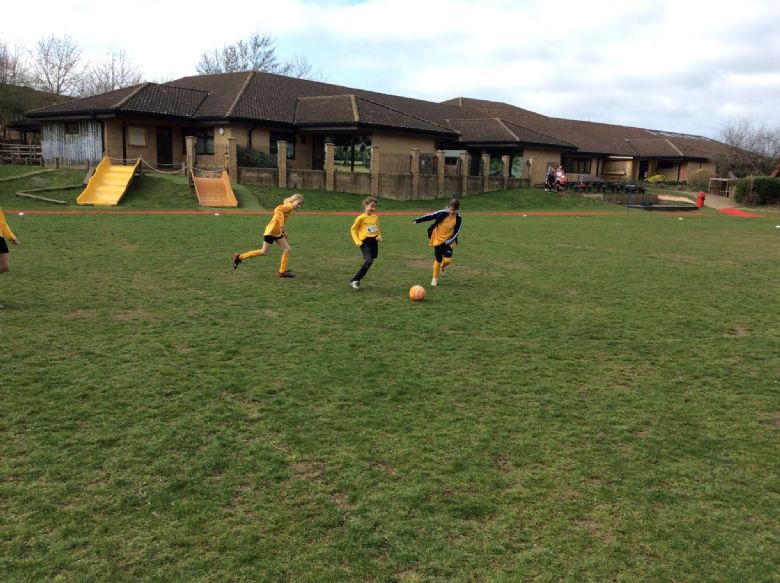 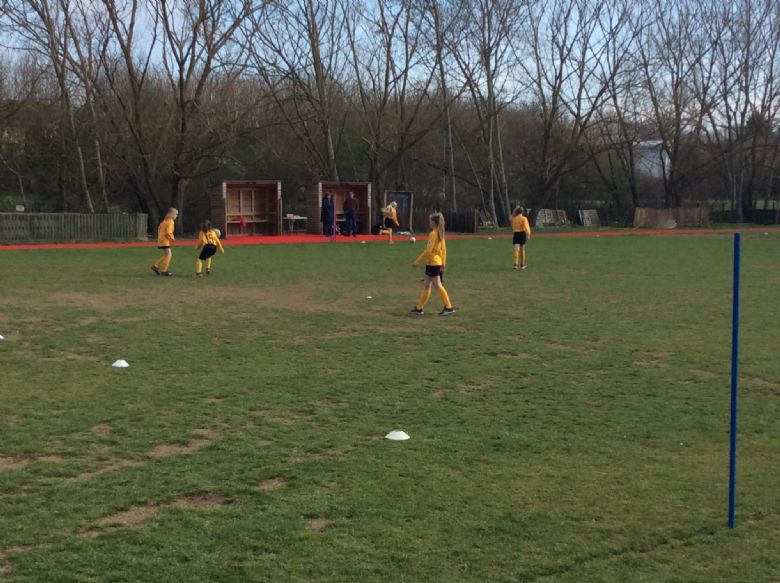 Mr Partridge then went over the plan of action with the girls.. 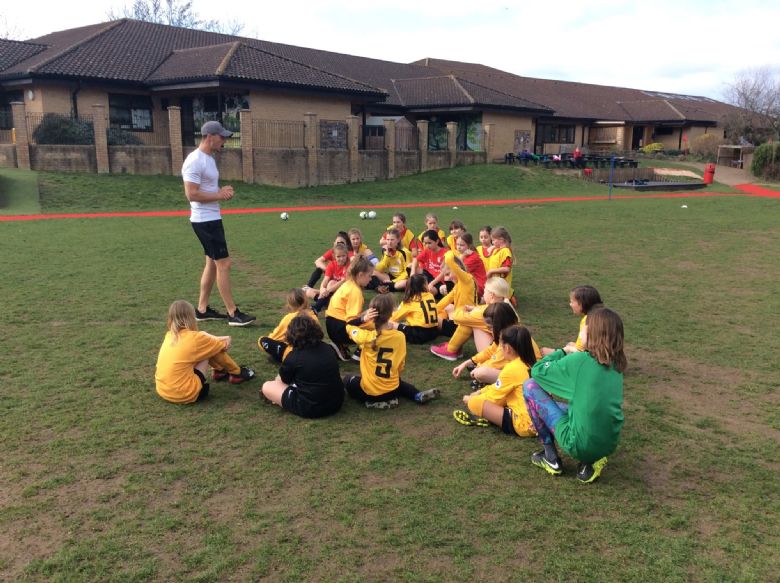 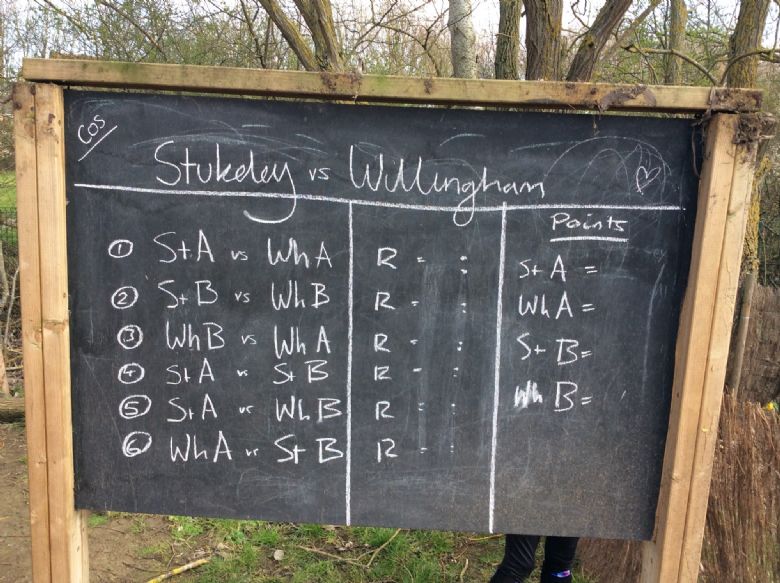 Willingham 'A' got the competition underway! It was a bit of a frantic start with both teams struggling to get hold of the ball. Stukeley broke the deadlock though midway through the first half with a neat finish in the bottom corner, 1-0 Stukeley. 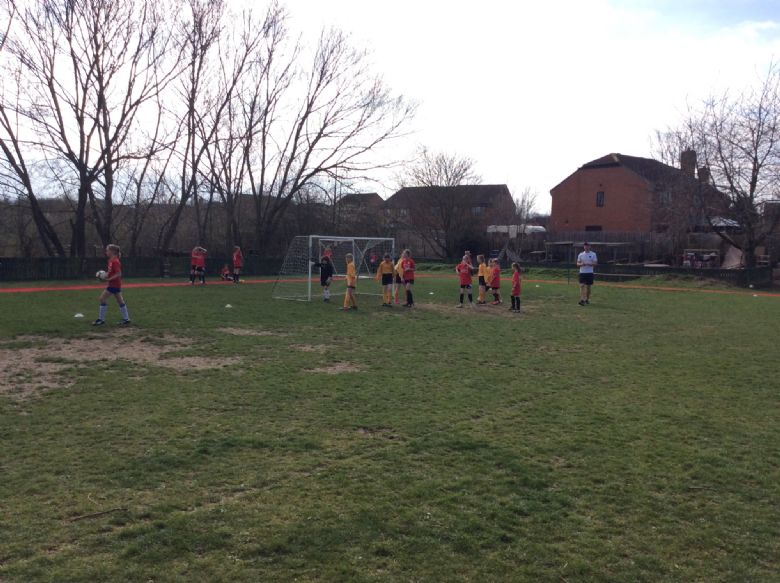 The game was fairly even but Willingham couldn't get past the Stukeley 'keeper. 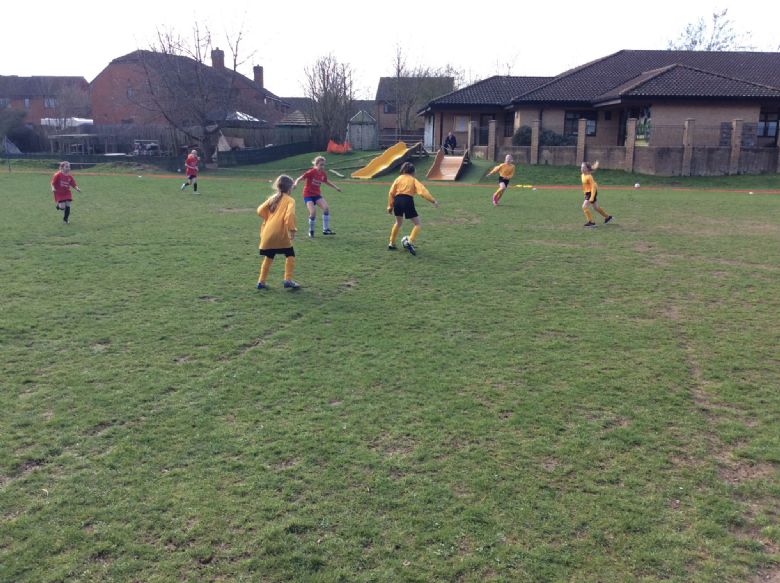 The Stukeley goalkeeper handled the ball outside her box, meaning Willingham had a dangerous free kick.. 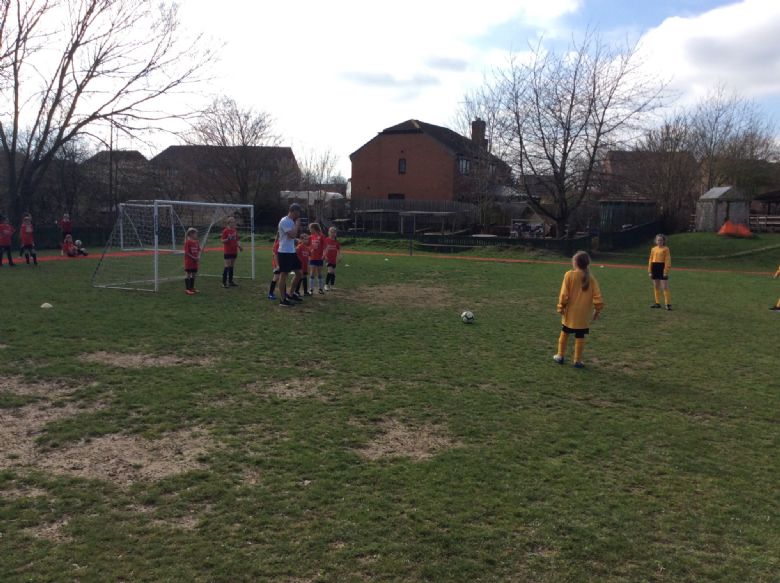 GOOOAAAALLLL!!!! The ball flew into the top corner and Willingham were level! This turned out to be a vital equaliser, 1-1.

This is how the game finished and it was a fair result, even start. Next was the turn of the 'B' team. 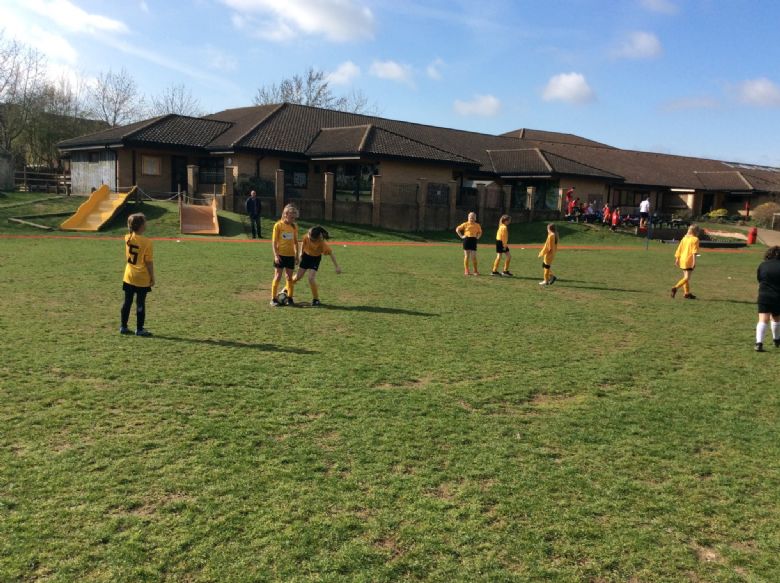 This game was a tight affair with some great defending and battling from both sides. Both Mr Carminati and Mr Partridge were impressed with the attitude and effort that was on show and it finished in a goalless draw, another fair result.

Everyone had played one game and it was very close... 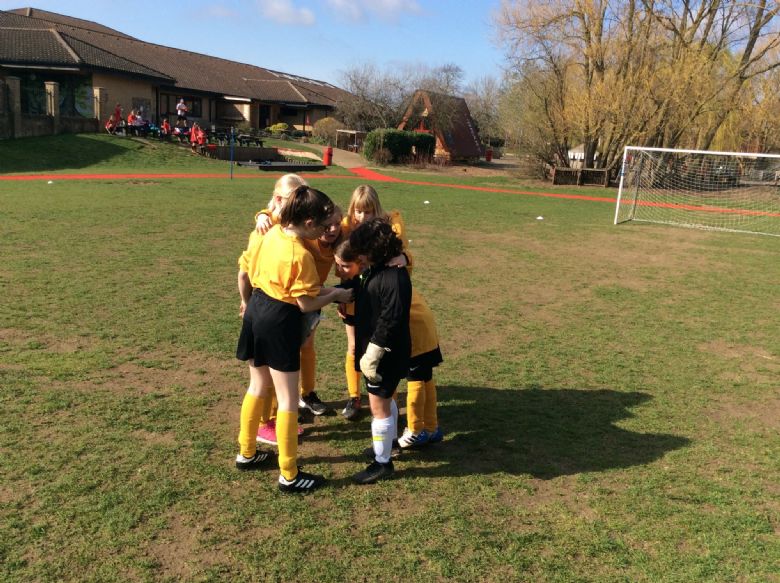 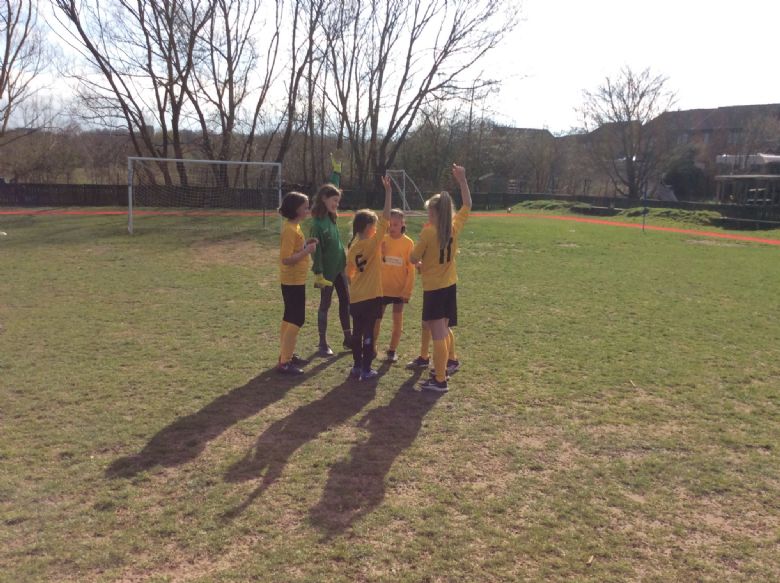 Both teams were ready and it was game on...! 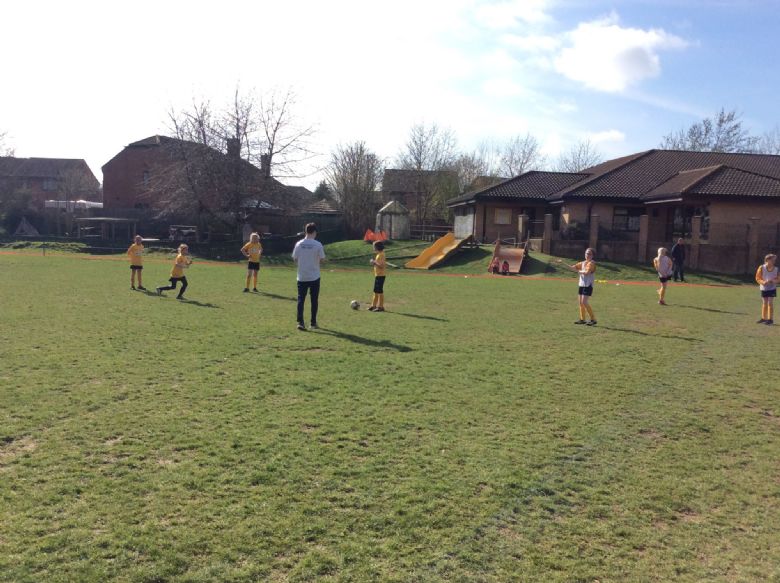 Alyssa got the game underway and it was a very energetic start with both teams trying as hard as they could to get the bragging rights. 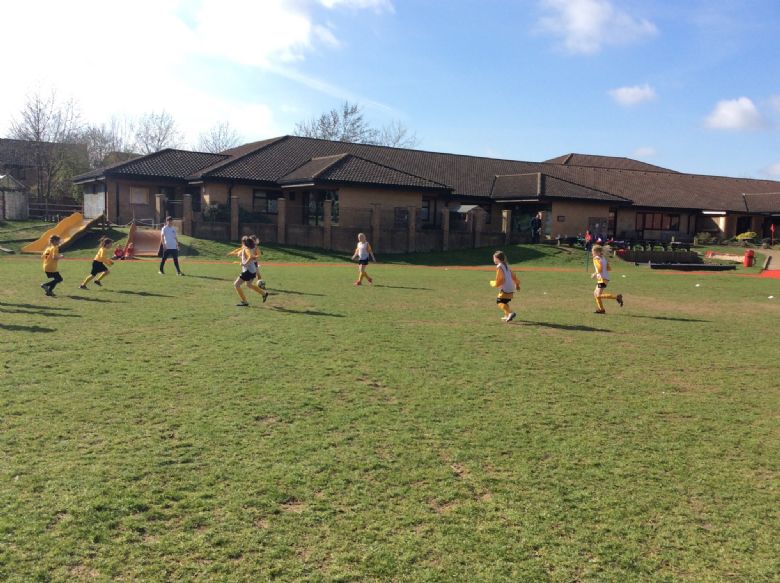 The 'A' team took the lead late in the first half with a strong finish from Lilia in the bottom corner giving Iris who was in goal, no chance. 1-0. 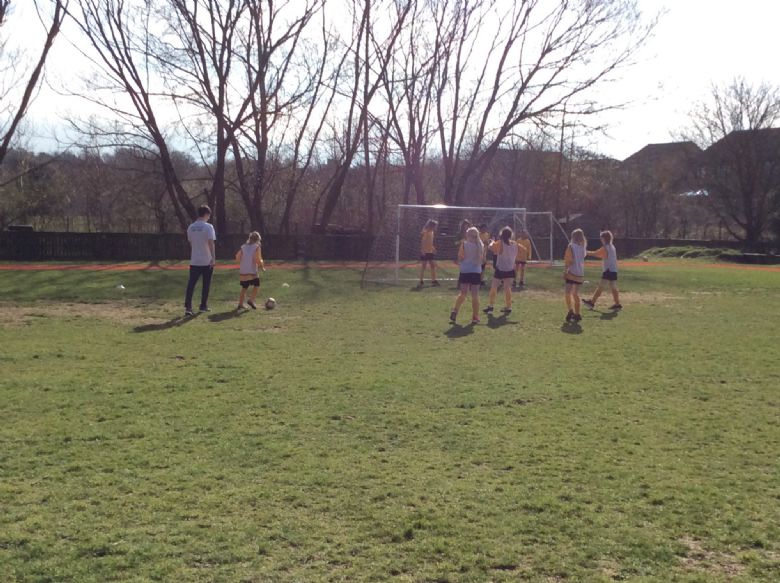 Willingham 'B' worked extremely hard in the second half and forced Jasmine into some important saves but a counter attack from Willingham 'A' resulted in a second and crucial goal, full time 2-0 Willingham 'A'.

It was now Stukeley's turn to play each other.. 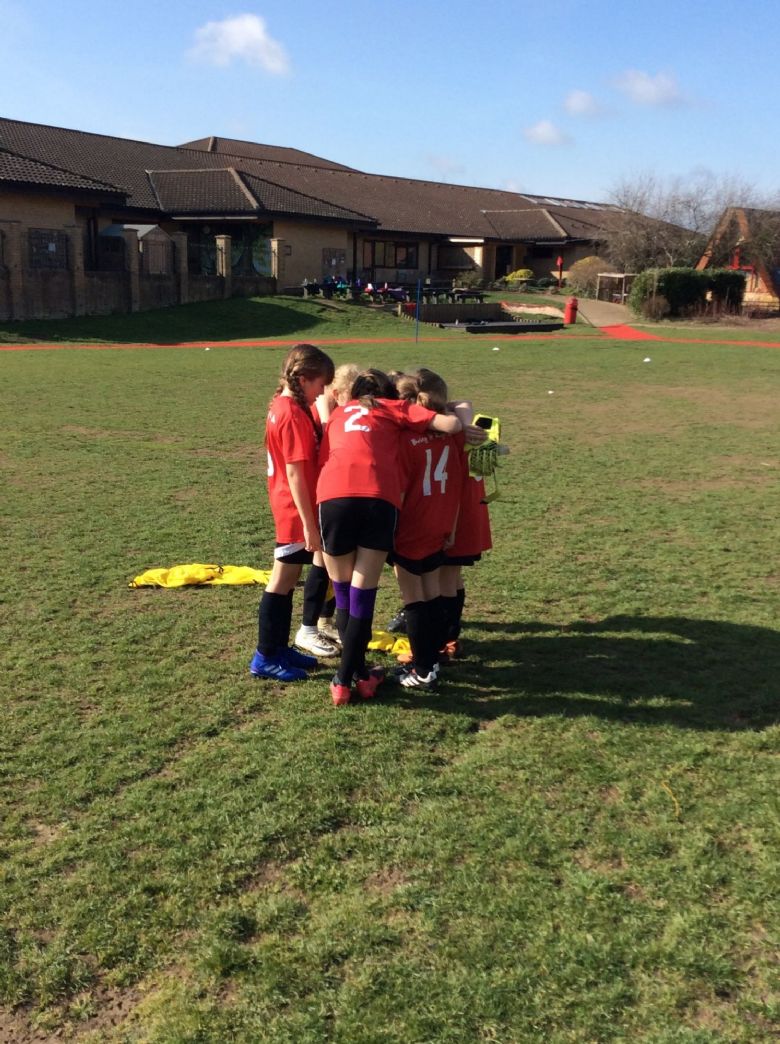 No one could believe how this game finished the way it did. There were more chances in this game than any of the others but for some wonderful defending and fantastic goalkeeping, it stayed 0-0. This was an important result as it gave the Willingham 'A' team the advantage going into the final round of games...

Willingham 'B' finished off with their game against Stukeley 'A'. Again, another close game decided by small margins as Stukeley sneaked the win 1-0.

The last game was Willingham 'A' v Stukeley 'B'...a win for Willingham and they would be the winners of the competiton. A massive incentive to go and win the game!

Willingham got off to a great start with a fine goal from Lilia! 1-0 to Willingham. Emily doubled the lead before half time giving Willingham a strong lead going into the final stages.

The match was ended by another goal from G giving Willingham a convincing 3-0 win! 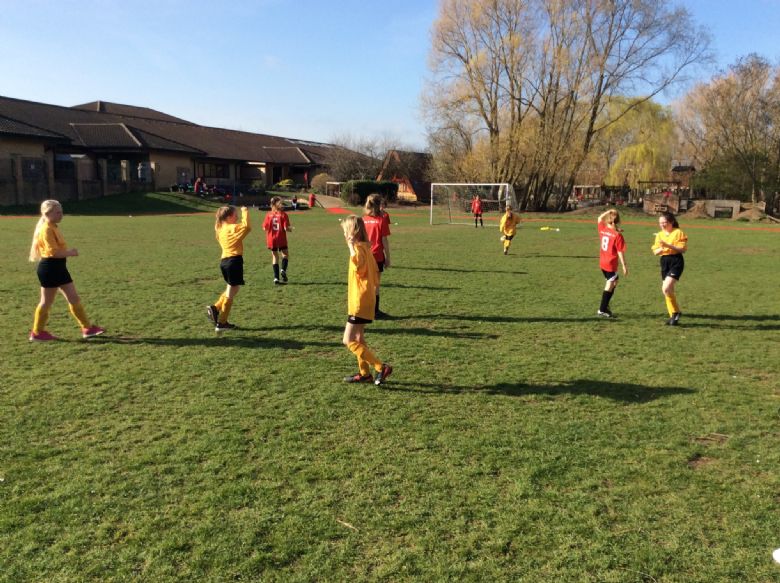 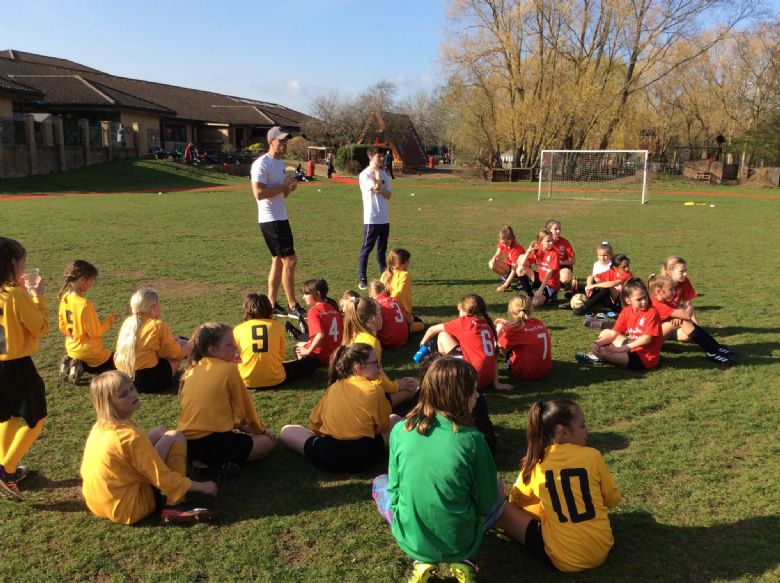 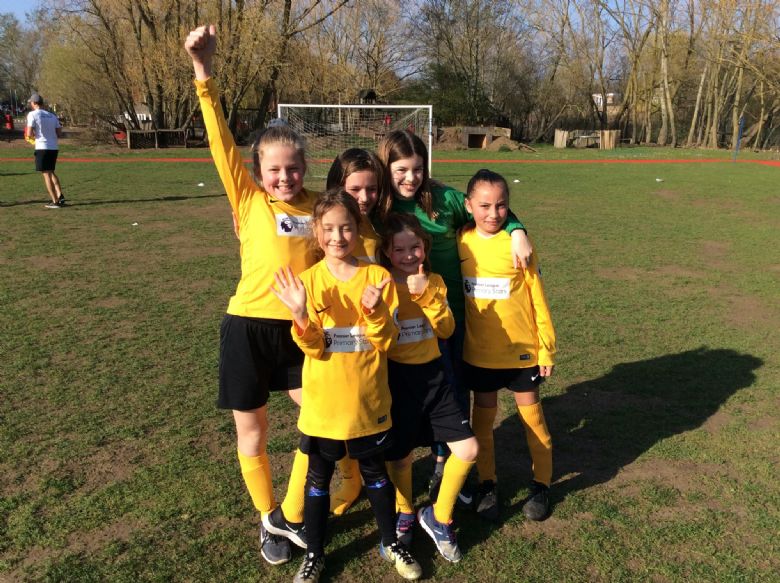 Willingham 'A' are the Champions! 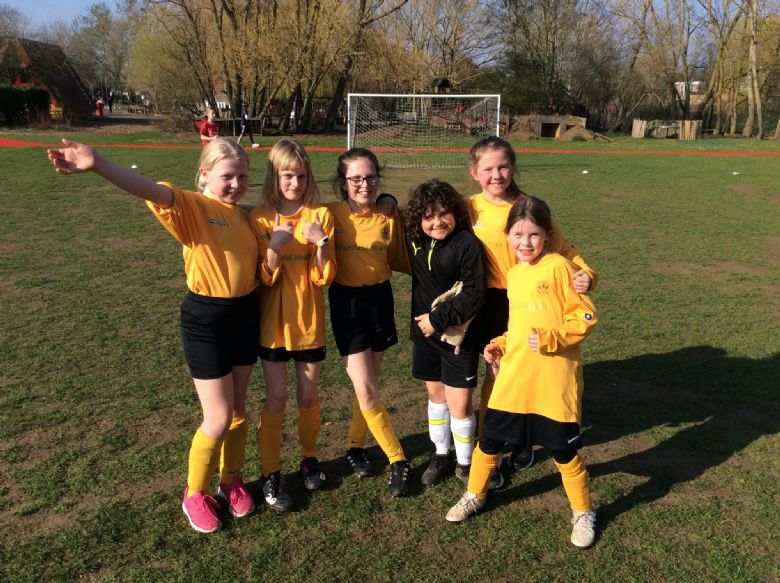 The scores in black and white.. 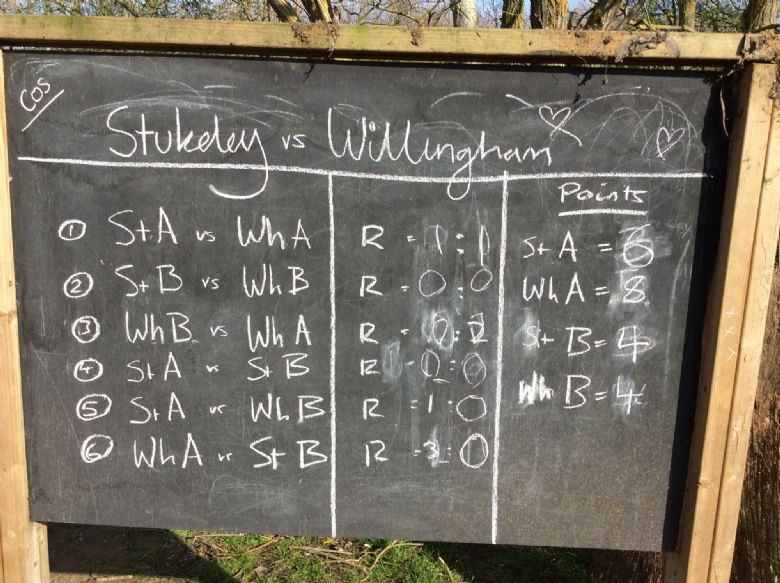 It was an absolute pleasure to take these 12 children to Stukeley Meadows and share this sporting experience with them. Mr Partridge and Mr Carminati both agreed that the atmosphere was fantastic all afternoon and the girls all played with a great spirit and everyone had a smile on their face. The weather was stunning and every single one of the 24 girls who took part were a credit to their school.

Well done ladies for making yourselves and your school's proud. 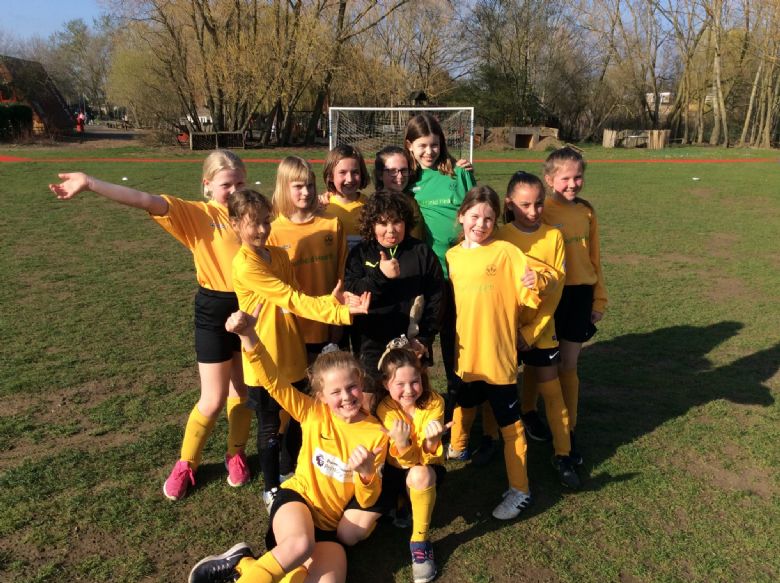