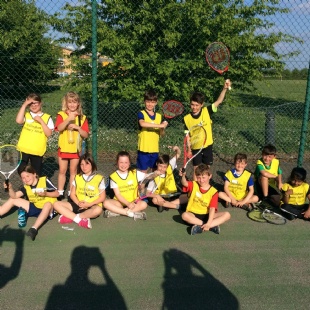 Willingham sweep up at the Mini Tennis Competition, finishing 1st, 2nd and 3rd!

On Wednesday afternoon, 12 year 3/4 children travelled over to Comberton VC to participate in a Mini Tennis Competition. This competition was aimed at children who don't play competitive tennis outside of school. Our A team were placed in the 'Cup Competition' while our B & C teams were placed into the 'Plate Competition'. This was the second year that Willingham had entered this event, last year being the first time. Last year, the school only took one team of four players to take part. To have three teams enter was a massive improvement and already showed progression from 12 months ago.

The sun was blazing out all afternoon and it was going to be tough for the children to keep working hard in the heat. Mr Carminati was happy though, as last year he needed a coat due to the weather conditions...whereas on Wednesday he required sunglasses..!!!

Mr Carminati split the children into teams of four;

Willingham A headed off onto court 2 for the Cup Competition whilst our B & C teams went to their courts for their matches in the Plate Competition.

Willingham A started off against Dry Drayton, a much smaller school compared to Willingham. 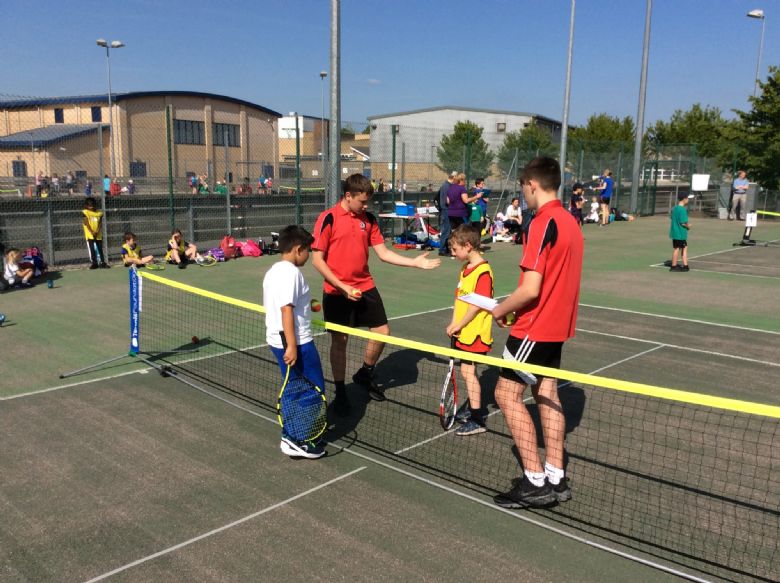 All the Willingham A team won their games, making it a solid 4-0 start! Dry Drayton played extremely well and showed great resilience and determination not to give up, despite struggling to compete with the quality of the Willingham A team. Mr Carminati later nominated the whole Dry Drayton team for a 'spirit of the games award' as he was so impressed with the values they showed!

Willingham B started off against Swavesey B which would turn out to be a tough battle as Swavesey are very good at these events and brought the most amount of children. 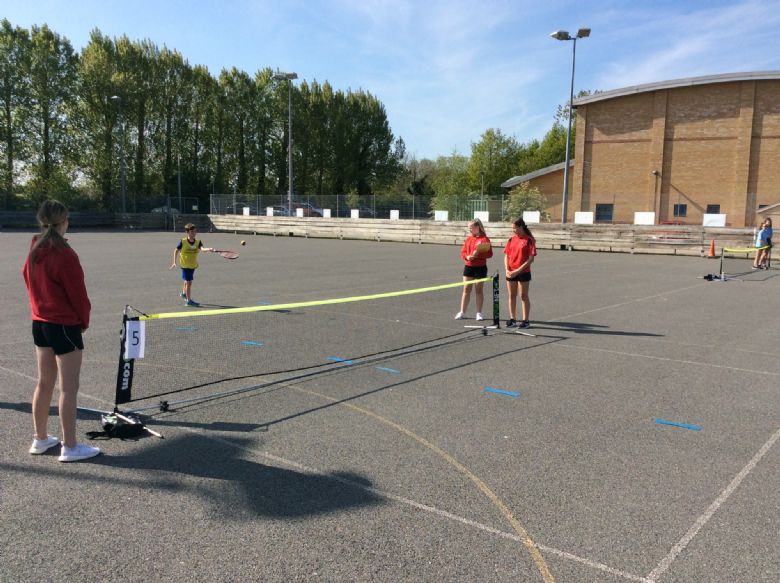 Each game was extremely close, but Willingham B just edged it, winning the first match.

Willingham C had a difficult start against one of the stronger teams in the competition, Haslingfield B. Haslingfield had some very experienced players who were able to serve overarm at pace, making it difficult for our C team to return the shots. 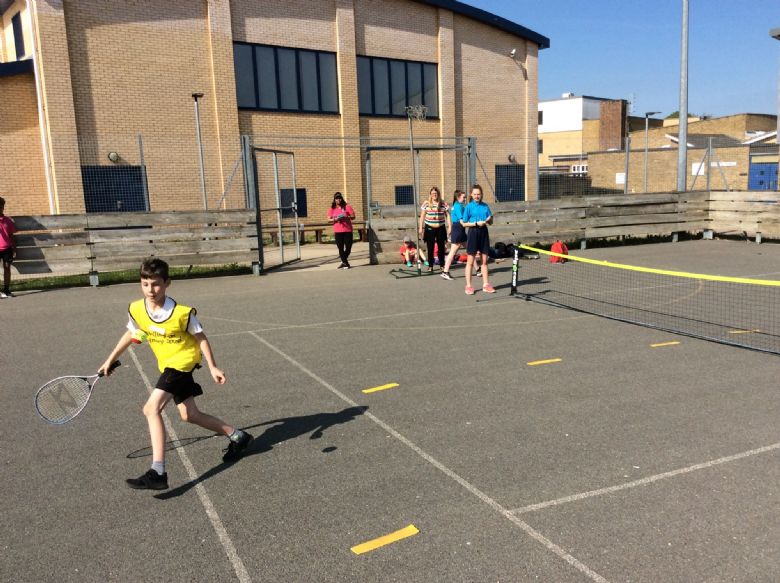 They tried really hard and kept going but unfortunately lost their first game, but they should be really proud of their efforts against a very strong side.

Willingham A had a friendly game for the next round of matches as Elsworth dropped out. This was an opportunity for the team to maybe try different shots and techniques as this result wouldn't count towards the final standings.

Willingham B faced off against another team from Swavesey, this time it was their D team. Our players were a lot more confident going into this round of matches as they learnt from their first game. 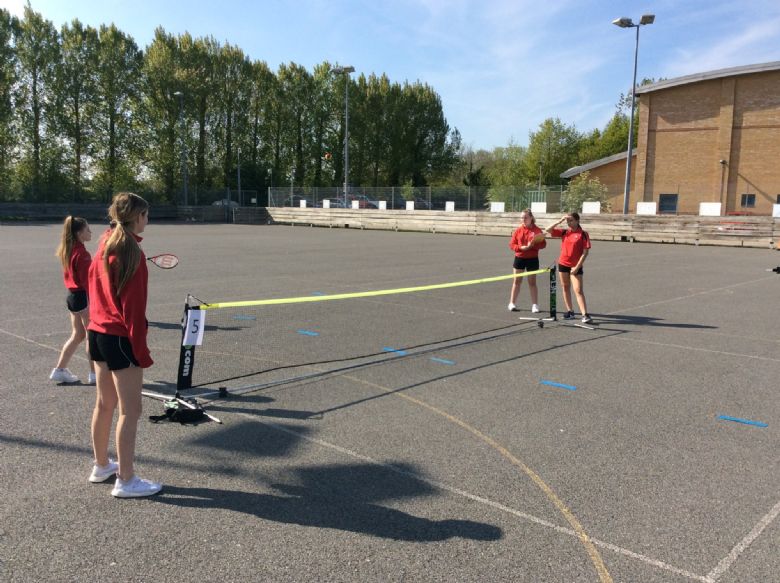 A clean sweep of wins gave our B team hope of making the final of the 'Plate Competition'!

Willingham C improved massively in their second round of games when they came up against Swavesey C. All the children were able to play with a lot more confidence and in turn, the results improved too with Willingham C tasting victory for the first time! 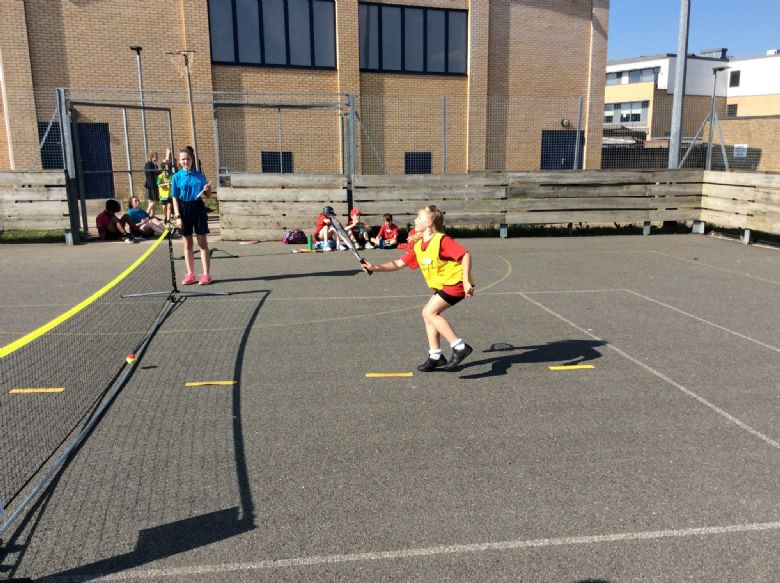 The final round of matches saw Willingham A face off against one of the favourites for the competition, Swavesey A. Willingham A knew that a victory in this game would see them into the final! 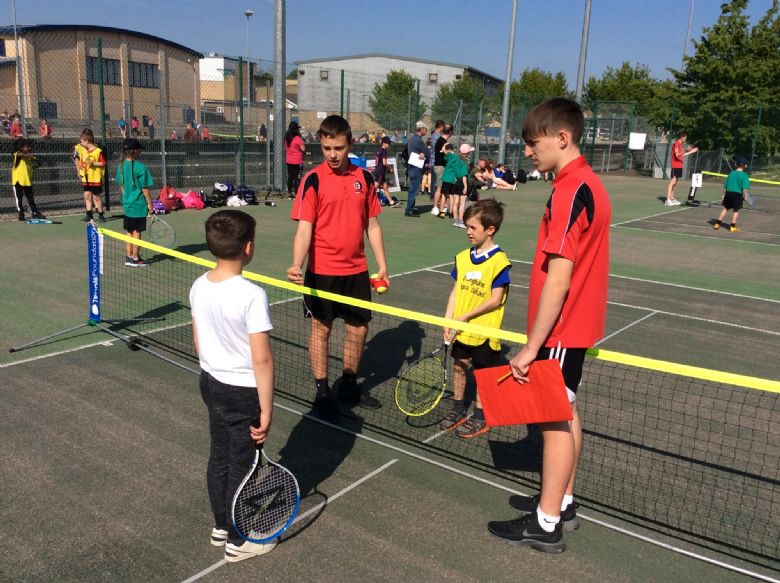 After some close games, Willingham A managed to dig out another victory sealing their place in the final! Well done Willingham A!!!

Willingham B faced off against Coton B in their final group match. Again, it was worked out that if Willingham B beat Coton B, they too would be in the final as well! Two Willingham teams into two seperate finals....could it possibly happen..!?

In the final group game for Willingham C, they knew that they wouldn't be joining the other two teams in the final after losing their first match. They did however know that a win would put them in the 3rd/4th place play-off, which was a huge incentive and a massive achievement after their first game they played. 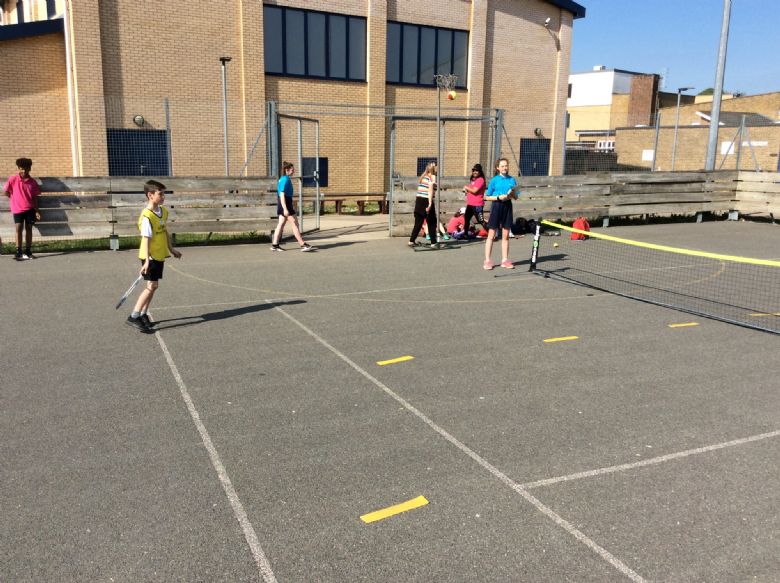 In an amazing turn around, the Willingham C team cruised to victory meaning that they would be challenging for a 3rd place finish, an incredible achievement.

The matches were finished and the scores were in...

The 3rd/4th place play off was a fantastic match against two very strong teams. In particular, the first match had rallies of over 20 shots on more than three occasions which is highly impressive! 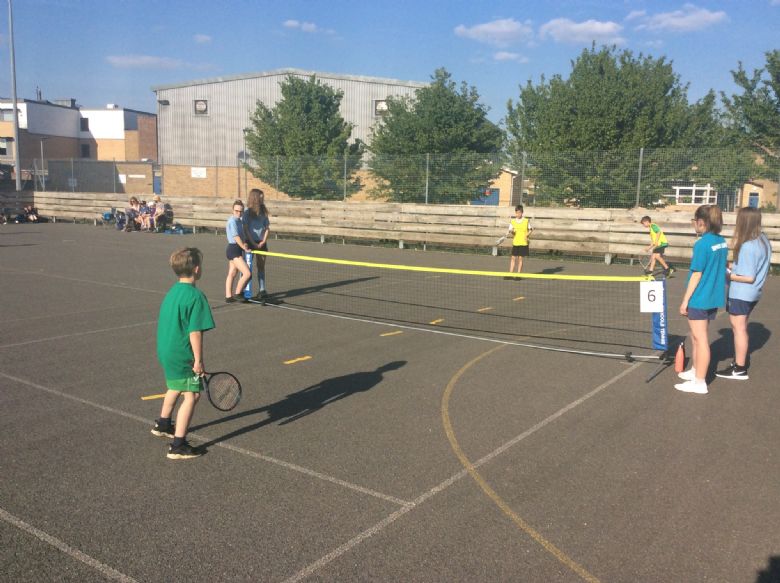 Willingham played very well and ended up comfortable winners in the end meaning Willingham C finished in 3rd place. No one would have believed after the first round of games that Willingham C would have been able to achieve such a high finish. Well done to all the players from Willingham C, everyone should be extremely proud!

Willingham B faced off against the strongest team in the plate competition, Haslingfield B. 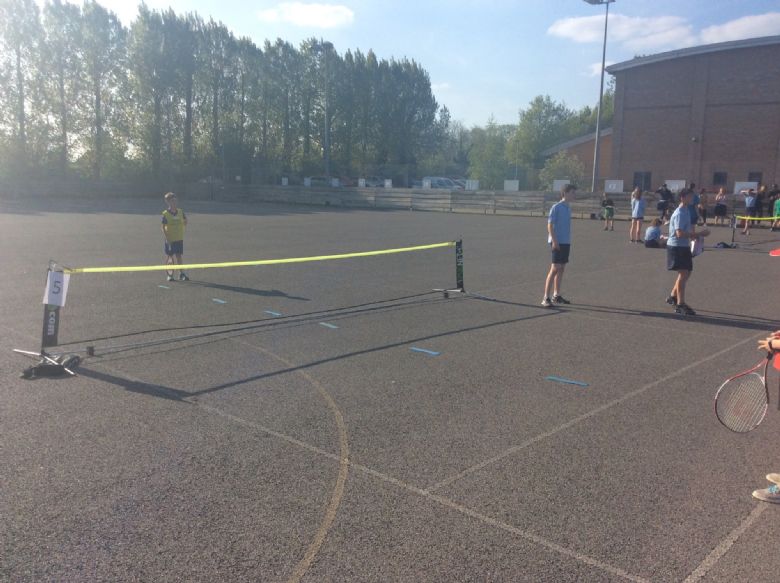 They hammered Willingham C in the first round of games and continued their domination throughout their group games. This was their toughest match yet though! This game went down to the wire with both teams winning two games each so the final score was 2-2...this meant that each individual score needed to be added up to find out the exact result. It finished 26-24 to Haslingfield. Two points separated the top two teams in the Plate Competition. This was testament to both sides who had played incredibly well. Willingham B were understandably disappointed to lose in such a close game but to finish 2nd was a great achievement. Well done to all the players in the Willingham B team.

Willingham A were getting prepared ahead of their final... 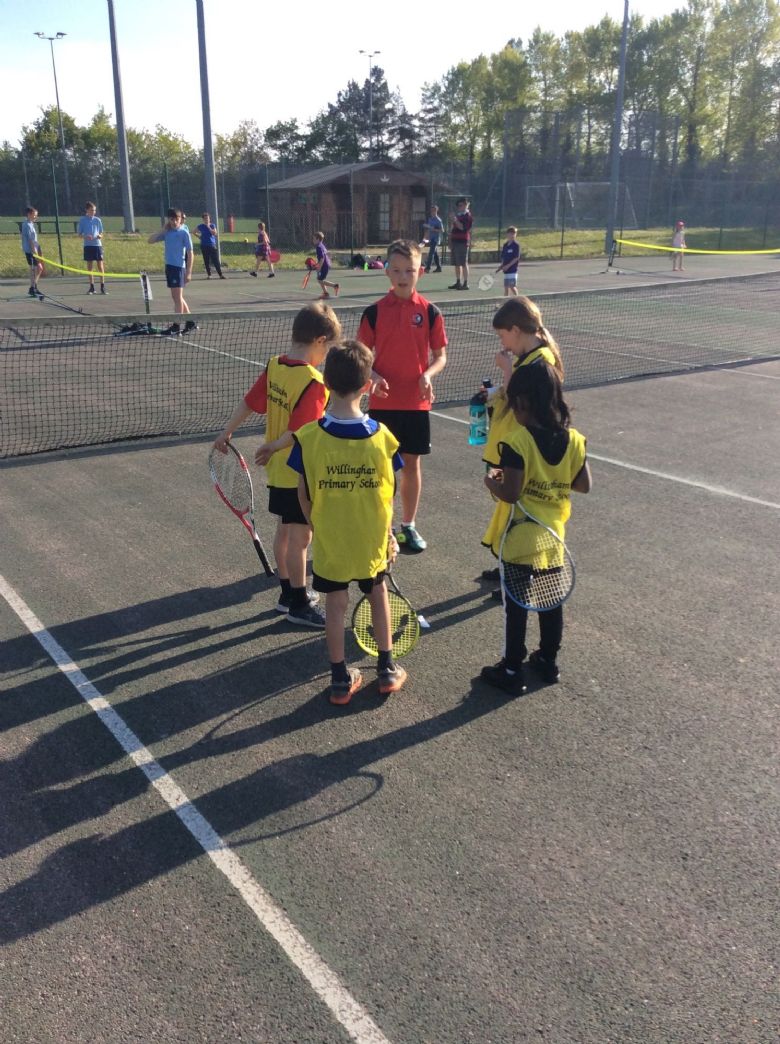 Willingham A had been flawless in their group games and they carried this form into the final against Coton A. 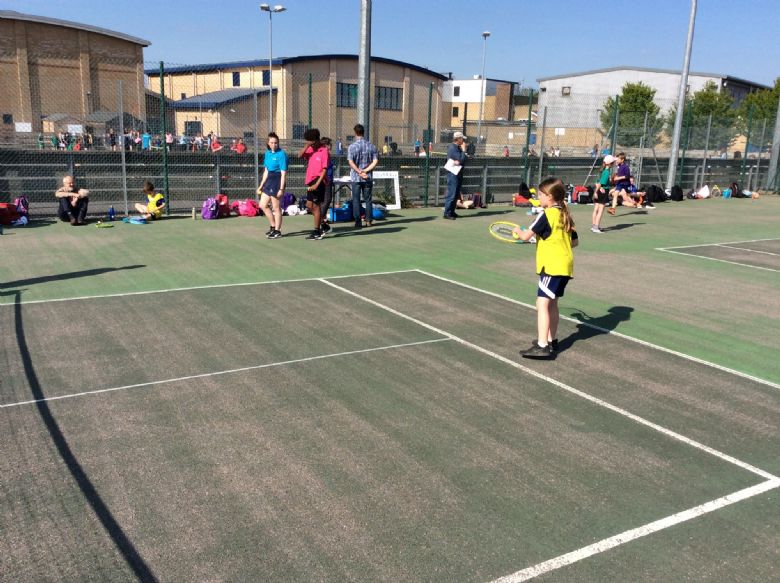 Each game was won by Willingham A meaning the final result in the final was 4-0 to Willingham A. This was an outstanding result from a team mainly made up of year 3's. They  should be delighted with their efforts and the standard they showed throughout the whole afternoon. Well done to all the players from Willingham A..champions!

Everyone gathered for the presentation.. 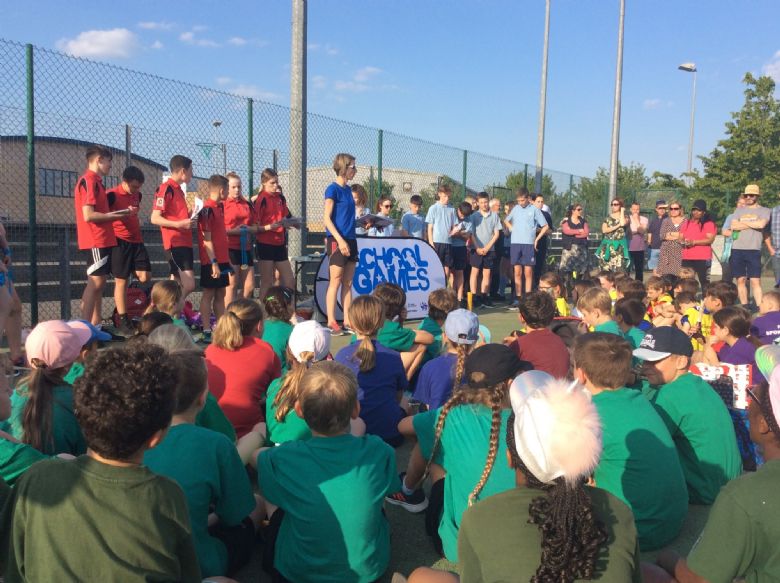 Claire annoucned the positions of all the schools for the plate competition and in 3rd place was Willingham C! 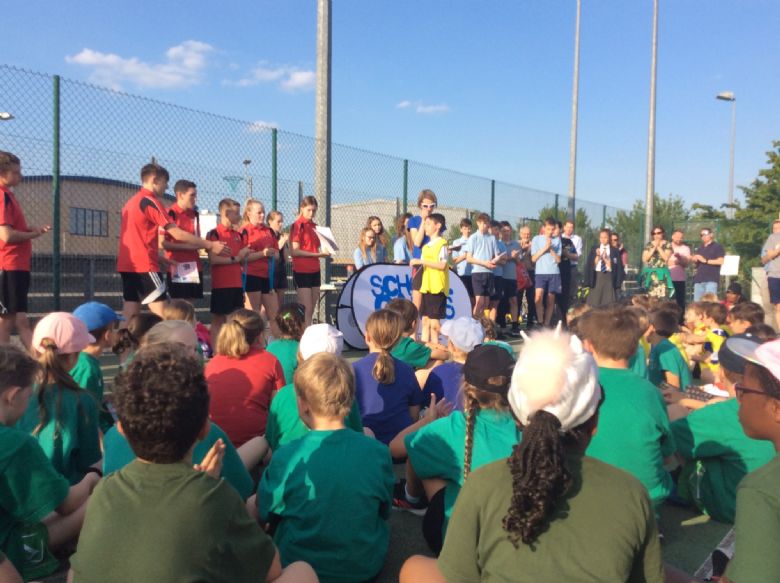 Aaaand in 2nd place were Willingham B! All the children went up to collect their certificates and runners up medals. 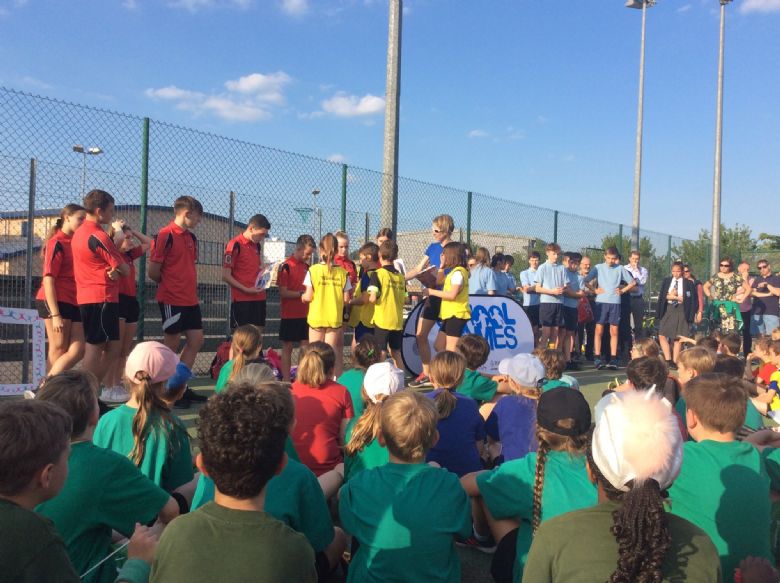 Onto the Cup Competition...again, Claire read out the results in reverse order meaning that the last team to be called and the winners of the Mini Tennis Competition 2019 were Willingham A! 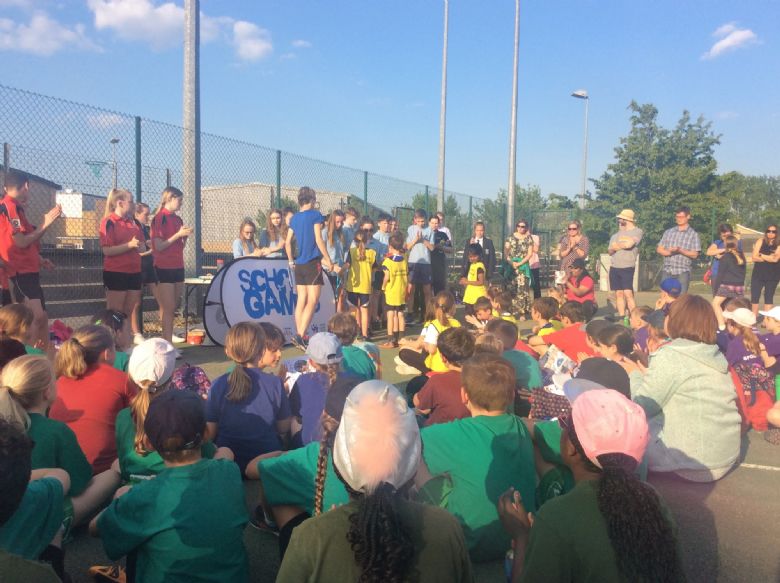 After a wonderful afternoon of tennis, Willingham C finished 3rd, Willingham B finished 2nd and Willingham A finished 1st! This was a truly remarkable achievement from our fantastic children! We hope the children will now consider playing tennis competitively outside of school! Thank you to all the parents and grandparents that helped transport the children, we couldn't have attended the event without their support.