Sprit Of The Games 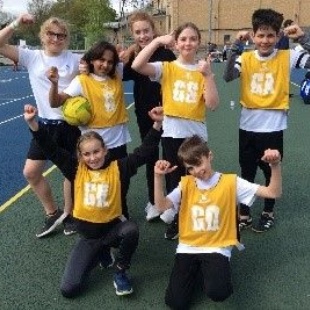 Recently, our Year 6 netball team competed in a tournament which was the culmination of the annual South Cambs Bee Netball League. They represented the school impeccably, approaching their games with enthusiasm and playing with a friendly and strongly competitive spirit. During all their matches they showed strength in both attack and defence, with goals being scored by many of the team. The highlight of the afternoon came as our school team won the ‘Spirit of the Games’ award, having been nominated by other schools for their teamwork and passion for the game. It was a well-deserved award as they had worked so well as a team to have fun and achieve, celebrating each other’s success as well as supporting and applauding their competitors.  They all put in 100%, never giving up and approached each game with enthusiasm and positivity ; we are extremely proud of the whole team, especially with the progress they have made since trying out netball in for the first time in September.